We Got to Admit It’s Getting Better…All the Time 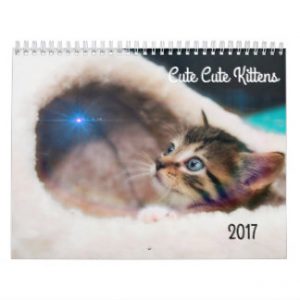 Even though that wall calendar with photos of wide-angle landscapes or cuddly kittens is now out with the trash, I’ll bet some of you are still writing 2017 in your checkbook (if you still use checkbooks), or just find it hard to break the habit of the year just passed in some other insignificant way; so I’ll use that as a justification to look back one more time at that curious time that was 2017— through the lens of NOSHA activity. Though most versions of “Year in Review” (and its concomitant long list of notable deaths) appear in media platforms the week after Christmas, this is only a week behind schedule, so please indulge me and overlook the lame checkbook reasoning.

In Memoriam: The Winter Solstice celebration of the year before (2016) was probably the last time many of us saw Harry Greenberger. His wry smile belied the almost limitless generosity of his spirit. He was the élan vital of The New Orleans Secular Humanist Association as President. He had just recently resigned from the Board of Directors; and following a brief illness, died weeks before his 90th birthday. He is NOSHA’s notable.

The year began with a shared and uncharacteristically cheerless mood for most progressive and optimistic humanists following the election in November of the current occupants of the White House, so much so that no January program was scheduled, as if in mourning to the dream of a better world that could soon possibly turn into a nightmare……   Several members attended the first-ever national Women’s March, on January 21st, coincidentally held the day after the inauguration…… In February, in lieu of a formal program centered around Darwin Day, and in keeping with the spirit of Mardi Gras, a dozen or two gathered at Monkey Hill Bar on Magazine Street to pay tribute with drinks and and birthday cakes to the Evolution Guy…..

Returning to Jefferson East Bank Regional Library in March, NOSHA members and guests were presented a screening of the film Bag It! and an address by  Max Ciolino, with the No Waste NOLA group, both the film and talk about the potential for environmental—and thus human—catastrophic poisoning from the accumulation of indestructible plastic containers, packaging, and grocery bags. New Orleans goes through 225 million plastic grocery bags a year (!) Where do they go?…… 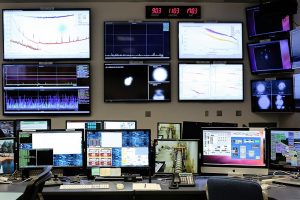 To my knowledge, the first field trip in NOSHA’s 17-year history hit the highway to Livingston, La., the site of the Laser Interferometer Gravitational Wave Observatory (LIGO).

A description of this marvel of science and engineering is too long for this format, but some background about it  and our experience  can be read here. In short, no better way to experience Einstein’s prediction of the effects of the “warping” of space-time and how it can be measured…….

In May, Seth Andrews, the man behind The Thinking Atheist blog was our guest speaker and drew one of our largest audiences of the year. There is nothing quite like scheduling a “big name” atheist to pack them in. The previous year, David Silverman resulted in similar interest……

The summer side of the solstice celebrations went off smoothly with the help and graciousness of Membership Coordinator Beth Deitch, once again offering her home as the venue. She cannot be thanked too many times…….

Marjorie Esman, the now-retired Executive Director of Louisiana’s American Civil Liberties Union, addressed the audience at the July monthly meeting, emphasizing some changes for the better that had been taking place within state and federal government laws through the ACLU’s diligent and legal involvement, such as bans on immigration on religious grounds, voter discrimination laws, reducing prison populations (and encouraging the establishment of programs to reduce recidivism), and sharing the good news that the theocratic lobby Louisiana Family Forum is losing its once very powerful influence in legislative and court battles…… 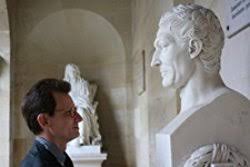 Williams and Bust of Volney, France

Thomas Christian Williams, probably the leading  historian on the works of the 18th Century French author Volney, and specifically, The Ruins of Empires, which is a “book of secular general principles,” most notably as the book that Thomas Jefferson began translating into English until a run for the presidency forced him to abandon the project. Williams’ presentation was proof that a lecture on the history and implications of a single book need not be dry or boring…… The subject matter of October’s meeting became deadly serious as Julie Hanway of The Final Exit Network came to town to tell us about her group’s dedication to and work for securing the right to die for the terminally ill and those suffering from chronic unbearable pain. The group was founded by some of the original members of the Hemlock Society (hemlock being the poison Socrates drank to emphasize his right to choose the time, place, and by whose hand he would die). This is a somber subject and occupation—but someone needs to do it ……

The third Saturday in November, NOSHA’s scheduled monthly meeting date, ended up on election day this year and we were forced to find an alternative meeting place since the Jefferson Parish library is also a designated polling place. The good folks at the Unitarian Universalist Church on Claiborne Avenue were kind enough to provide (for a nominal fee) their sanctuary for our “service,” which this month was an open discussion on atheism in general and as a movement (no irony here, right?), free speech and tolerance within the movement, and how our organization in particular could polish its public face with visitors and potential new members. Ms. Deitch did a professional job of moderating the discussion as she has done several times previously. Did I mention she was capable of hosting large parties as well?…… 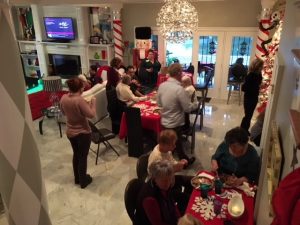 But for the 2017 Solstice Celebration, Winter edition, Marshall Harris took over the reins as “official” host at his home on Bayou St. John.

The gleaming white living area, all trimmed in red and strings of lights (similar the decorating theme of that other holiday happening around this time of year) also served as a perfect setting and time for the presentation of the Harry Greenberger Humanist Award to Marjorie Esman, who was a lock to be the selection for this award as soon as she became able to except it. As the now-retired ACLU chief, she was no longer restricted from accepting gifts or awards from partisan groups, save possible accusations of conflicts of interests. Free of that, there has never been a more powerful group sharing NOSHA’s  concern of the Establishment Clause of the First Amendment than Louisiana’s ACLU, and Ms. Esman continued that tradition as well or better than her predecessors in the role of Executive Director. We should be humbled by the fact that she took our award to be a true honor and compliment. 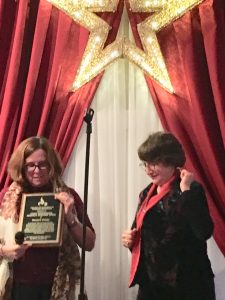 Behind the scenes of the public third-Saturday lectures, discussions, and parties are a couple of other projects that deserve a mention to appreciate the dedication of our members to getting out our message that one can be Good Without God. Some of our members took part in demonstrations having shared common interests with, and sponsored by, larger groups: The March for Science in April, the Chevron NO/AIDS Walk™ walk in October, and the Second Line for Equal Justice in November all drew at least a few NOSHAns. 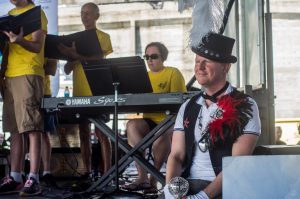 Since taking over “The Humanist Perspective,” the television program aired on the access cable network NOA-TV, the team of Deitch, Dugan, and Klasson have, through scheduling interesting guests and with their unique interviewing styles, added a new a new twist to program. Dare I say a new perspective? A re-make of the introduction of the program is in the planning stages, so stay tuned. Archived programs can be seen on YouTube’s “New Orleans Humanists” channel…… 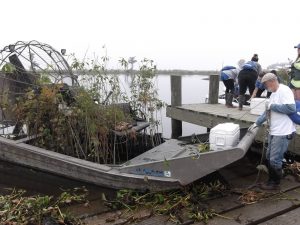 Our commitment to public service volunteer projects is undergoing a revitalization and evolution of the NOSHA Social Aid and Pleasure Club, by expanding the scope of activities with which we will try to involve ourselves, and adding the name NOSHA Service Corps. What started out as clean-up crew under the city’s Save Our Cemeteries organization five years ago, the effort  has grown to include usually two shifts at the Second Harvest Food Bank, and this year, tree-planting excursions to Port Manchac, La.

Now that the shock of the national political turmoil has faded for most of us, we should expect nothing but a better year. It’s here!