Defining Our Terms—and Ourselves 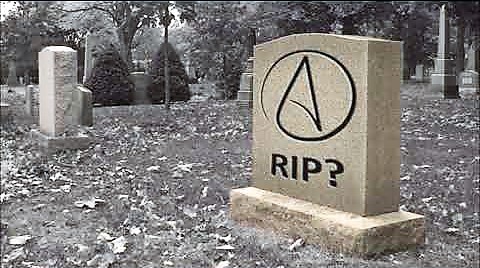 An event  that would not have been expected is one of several current definitions of irony. NOSHA’s November program—in a group discussion format— “Atheist Infighting: Is the Movement Falling Apart or Just Growing Up?” fit the definition perfectly when the monthly meeting at the Jefferson Parish East Bank Regional Library had to be moved because it was election day and the library also serves as a polling place. The First Unitarian Universalist Church on Claiborne Avenue became the most practical venue substitute, offering a flexibility of attendance size and affordability. Not that NOSHA has been averse to meeting in churches; it has done so before; but it’s likely the gods couldn’t have been more devilishly gleeful at the prospect of atheists discussing their own demise in a house of worship.

As is usual, however, group discussions raise more questions than are (or can be) answered. Membership Coordinator and moderator Beth Deitch was well-prepared to lead the discussion, and with a deep background on the current movement to keep the discussion moving and even offering a few suggestions—if not hard answers—of her own. A sampling of interesting questions that brought mention on the topic were:

Some may question where the title subject for the program came from to begin with. New members and followers of our local group, and even old veterans might ask what all the fuss is about. Is there really “infighting” about atheism, and how can that even be? Is atheism really a ”movement,” or just a mindset or philosophical opinion about metaphysical questions, and is the movement no more than local organizations of like-minded folk? More than one person shared with me (and I’ll bet there are more than a few others) that she wasn’t up on all the current goings-on in the cybersphere or skeptic and atheist national conventions. So maybe a very brief history—as I can relate with my recently refreshed memory on it—about when and what the disagreements and bickering began, and, for some, how it has become a Manichean duel to the death.

Atheism has been around human culture as least as long as belief in gods, and its voices in literary and philosophical thought have waxed and waned since at least the classical Greek civilization. September 11, 2001, many have been the trigger for the most modern version, “New Atheism,” a term coined by Gary Wolf in 2006 after the publication of Sam Harris’ The End of Faith: Religion, Terror, and the Future of Reason, mostly inspired by the 9/11 attack. It was the first of a group of books published by evolutionary biologist Richard Dawkins, journalist Christopher Hitchens, philosopher Daniel Dennett about the foibles of true belief and religious thinking. This latest iteration was the first to benefit from the internet era, where it became a topic of blog writers, videographers, social media and news platforms, sub-reddits and YouTubers. Almost from the beginning, both ends of the political spectrum were showing up in what had been more generally also secular, atheist webpages. Susan Jacoby, a longtime skeptic and humanist, pointed back to secularright.org in this article in 2011, opening with “The world, it seems, is waking up to the existence of politically right-wing atheists,..” Secular Right still displays archives from 2008. At the same time (2011), a decidedly uglier offshoot of secular righties’ conflation of social justice with social Darwinism was starting be heard. Skepchick’s Rebecca Watson’s “Elevatorgate” reporting seemed to offer for some a prime example of why feminism—and for a few of them, all three waves of it—was not only unnecessary bitching, but symbolic of the inherent evil embodied in all forms of identity politics. Blogger Thunderf00t was fired from PZ Meyer’s enlightening Freethought Blogs for his increasing anti-feminist posts, and the war was officially on. Now that feminism was an acceptable object of fear and scorn, race, religion, and the basic liberal foundations of an open society became available for the next round of hate-thy-neighbor-in-the-name-of-atheism wannabe YouTube stars like The Amazing Atheist, Sargon of Akkad, The Armored Skeptic, and —the appropriately named—Slymepit and Shoe0nHead.

These perversions should be expected in a free press, but do the divisions among atheists on political, social, or, more fundamentally, “human nature” spell the end of the “atheist movement?” If one could define atheism in one sentence, it might be “a metaphysical concept of natural causes and explanation of the universe versus a supernatural one.” No basis of a movement there, in my opinion. Indeed, part of the vulnerability of atheism to “being hijacked” (as one commenter observed), lies in its breadth and vagueness. Secular humanism, said another, has an advantage of a more specific identity because it has its own code, viz., The Humanist Manifesto. We should be thinking in terms of different sects of atheism, because atheism, in itself, is not a sufficient measuring stick to make a judgement between an alt-right atheist oozing anti-feminist, Islamophobic and anti-semitic bile over there, and a liberal humanist encouraging inclusivity and respect for all over here. And given that insufficiency, we are not obliged to either support or even defend bullshit coming from a fascist playbook or its readers. As the commenter above also noted, the best thing we can do is partner with other groups, growing a community of people committed to a much higher ideal.

And in doing so, perhaps the irony of a NOSHA program in a U.U. sanctuary becomes not quite so great as it first seemed to be.

Thanks again to Beth Deitch, The First Unitarian Universalist Church, and everyone who participated by offering your thoughts in the discussion. And have a Great Holiday Season, Solstice, or any other favorite flavor you may have for celebrating the season!