Two Crosses vs. The Lemon Test

The Congressional Prayer Caucus Foundation has its hands full right about now. Not only is its staff busying itself with all types of proposals for religious-based legislation at both the state and national levels through a campaign dubbed Project Blitz, it is also active in monitoring and likely lobbying against secular challenges to existing laws and public displays of Christian faith in and on public buildings and public open spaces. Though not affiliated with the similarly named National Prayer Breakfast, they share the inspiration of keeping the Christian faith as guidepost and goal for our leaders and laws; but while the breakfast is a relic of habit of suits and somber litany served with tepid coffee and pallid scrambled eggs, the CPCF offers a smorgasbord of fresh delectables as fuel for a serious push towards theocracy.

I recently subscribed to the CPCF newsletter (“Know yourself, Know your enemy,” right? But for a $2 donation? Chalk it up to the cost of education.) Here one can get the unadorned straight scoop about their mission and current work. Case in point, the Lemon Test,  a concept of constitutional law secularists should be familiar with. The “test” refers to “the process of determining as to when a law has the effect of establishing religion. The Lemon test was formulated by Chief Justice Warren Burger in Lemon v. Kurtzman, 411 U.S. 192 (U.S. 1973),” according to USLegal.com, which “ruled three requirements for government concerning religion:

1.The government’s action must have a secular legislative purpose;

2.The government’s action must not have the primary effect of either advancing or inhibiting religion;

3.The government’s action must not result in an ‘excessive government entanglement’ with religion.”

On June 20th, the U.S. Supreme Court did not apply this test to its decision the case involving the Blandensburg cross case The American Legion v. American Humanist Association, and reversed a lower court ruling which had applied it. Seven of nine justices concurred including liberals Kagan and Breyer.  Now, SCOTUS has 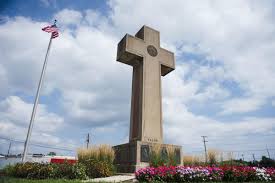 sent back to the 11th Circuit Court of Appeals in Florida the case City of Pensacola v. Kondrat’yev involving another large cross in 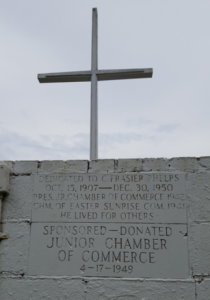 And who are these experts agreeing that we need a new test to replace the Lemon Test, anyway? And what is  their proposal for a superior test to replace it, ya think? I think they don’t have one.

The shift of the ideology of the members of the Supreme Court toward religious conservatism has doubtlessly emboldened the hard-lined Christian Nationalists along with a loose coalition of white nationalists, anti-semites, Islamaphobes,  and militia-type- gun-toting Trumpistas, so expect a bumpy road ahead. Become and stay involved. And save your $2 for a cup of coffee: this is all stuff we already knew, only the names and places have just changed. Some of the bad ideas of of our past collective consciousness seem to never go away; fundamentalist theocratic government is one that needs to be held in check with strict secular law. 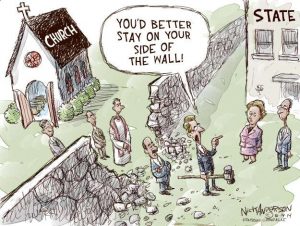 This, then, is what American fundamentalism understands democracy to mean, this is what it understands as “freedom of religion”: the freedom to conform, to submit, to become one with the “biblical worldview,” the “theocentric” parable, the story that swallows all others like a black hole. Within it time loops around, past becomes present, and the future is nothing but a matter of return. Not to the Garden but to the Mayflower, the Constitution, or Stonewall Jackson’s last battle, moments of American purity, glimpses of the Camelot that haunts every nationalist imagination, fundamentalist or secular. History is God’s love, its meaning revealed to his key men, presidents and generals, preachers and a schlemiel with a shofar. As for the rest of us, we are simply not part of the dream. Fundamentalism is writing us out of history.

Jeff Sharlet  The Family: The Secret Fundamentalism at the Heart of American Power