To Live at All Is Miracle Enough 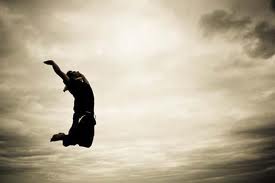 I came across this by chance the end of December and had intended to post it sooner. (You can see the original post by  Faisal Saeed Al Mutar.) It reminds me how lucky I am, we all are, in fact, and is something that I should read every once in a while when I’m feeling stressed about what I’d like my world to be. Doesn’t Monty Python have something similar to say?

But Richard Dawkins is eloquent in his observations and everyone should be reminded how unintentional life really is. So many people talk about how much they honestly believe that they should be guaranteed some power and importance in this world. Maybe religion helps alleviate the fear that arises when some of us recognize how unlikely that is: however I can say religion offers me nothing when I consider how brief our time is.

When you think about it, the planet existed long before our consciousness ever sparked and it will go on for a very long time after we’re no longer here. Whatever happiness we have is right now and if we’re to live fully, we need to embrace the majesty that the natural world provides us. It is fleeting and sometimes very harsh, but it can be so much more if we don’t squander it on the illusions modern society pushes on us.

Excerpt from Chapter I, “The Anaesthetic of Familiarity” of Richard Dawkins 1998 book Unweaving the Rainbow