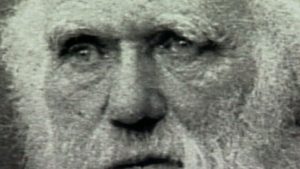 After a long hiatus, NOSHA teamed up with the Department of Anthropology at Tulane University under the direction of NOSHA Vice President and Tulane Adjunct Instructor Jim Dugan to return the annual tribute to the work and legacy of Charles Darwin to the Tulane campus this year. Each year similar gatherings take place virtually worldwide, with most organizers using Darwin’s birthday, February 12, as the date to plan around. In New Orleans, the timing more often than not conflicts with Mardi Gras festivities and is usually scheduled weeks or even a month after the “official” day.

The carefree spirit of the Carnival season did nothing to diminish the educational experience that some 90 participants in attendance were exposed to in the four and a half hour presentation, but those expecting “Evolution 101”, or rote historical recaps of Darwin’s life probably regretted leaving their scratch pads and pencils behind, because each of the four speakers offered presentations about as diverse as possible without abandoning the general theme of Darwin and his contributions altogether. The opening speaker, Dr. Steven Darwin (probably related, he assured us), introduced the listeners to the concept of invasive species, those life forms that are not native to a geographical area or island, but once introduced into the new environment can thrive, often and the expense of native fauna or flora. This fact is interesting as a retort to the theistic creation-style notion of teleological-design, or environments “fine tuned” for certain species, rather than the the life form evolving and adapting to the environment in which it finds itself.

Professors C. Mark Phillips from UNO’s Department of Philosophy and Marc Zender of Tulane’s Anthropology Department applied the idea of evolution in broader senses. Phillips approached the “evolution” and development of the philosophical analyses of the concept of self identity—from Rene’ Descartes (I think, therefore I am) and Hume, who claimed the “self” was nothing more than the collection of perceptions an individual is experiencing at a given time — to Darwin himself, who Phillips called the “Father of Psychology”, establishing that self-conscious animals are driven to find out who and what they are. Religion has been from the earliest days of humanity a part of the equation of self-identity asserted Phillips, giving the individual a sense of connection with the rest of the cosmos, which is what makes it very hard to escape for most people.

The concluding presentation was made by NOSHA VP Jim Dugan, but not before he performed the double- and triple-duty functions the lead organizer is often required to fill — greeter, Master of Ceremonies, and extra seating procurer for the overflow crowd. The extracurricular chores did nothing to lessen the liveliness of his discussion about the growth in the size and sophistication of the Christian textbook industry.

From the meager and overly-simplistic library of titles just several decades ago, Dugan said the business has grown to dozens of publishers, including the better known Abeka, Bob Jones University, and Christian Liberty Press, printing a full list of titles for elementary and secondary school classrooms. The increased demand for this material likely came from the explosion of the homeschooling movement in the ‘80s, and an improved academic polish of the materials was becoming a necessity to gloss over the dependence on Biblical text as the ultimate foundation of all historical and scientific truths. Understanding that the creation story, taken literally, is irreconcilable with Darwin’s theory, textbook writers and editors have been forced to cobble a complex index of “Evolution Straw Men” arguments, along with other informal fallacies and specious reasonings, said Dugan, not as proof of their own creation tale, but as attempts to discredit Darwinism. The conflation of the evolution of life forms with an imagined “Theory of Everything” (that all things, from elementary particles, to the grand history of the development of the cosmos) as one and the same process is an obvious misrepresentation of the basic theory, but is often used as an attempt to show a weakness inherent in evolutionary science. Another prestidigitation popular with Christian authors is disproof by way of the Young Earth model—convincing, obviously, if one is taught and believes the Earth is only thousands, and not billions, of years old. Other tired tropes of anti-Darwinism include the “Missing Link”; and the uni-directional progression of development (think Great Chain of Being), in contrast to the ‘branching’ model Darwin’s proposal establishes.

Something resembling comic relief was in order for concluding a program with such weighty themes and was provided in the form of some short clips from several campy Christian youth oriented videos. The variety of topics chosen by the speakers was a tribute to the educational function NOSHA tries serving in the community interest, and to this end the event was an unqualified success. Thanks to everyone who made this possible!