The Bible and Sex….a non-theist review 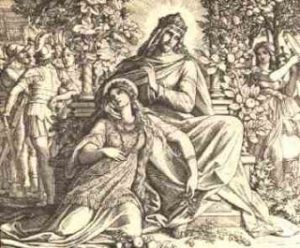 This year NOSHA Vice-President, Jim Dugan, attended the annual Greer-Heard Forum. This is his report:
********************
The 2013 Greer-Heard Forum took place at the Baptist Theological Seminary in New Orleans on February 15th and 16th. The forum is an annual event designed to present a diversity of opinions on broad religious issues, and often includes a point-counterpoint between a theist and a non-theist. This year’s forum was probably of less interest to most non-believers, as the various opinions represented were all within the Christian tradition. Nevertheless, the topic was one of broad interest: The Bible and Sex.
The presenters were all highly qualified scholars able to read biblical texts in their original languages. The more progressive among them emphasized that there exists a vast cultural chasm between our culture and the cultures of the writers of the Bible, that reading scripture always requires interpretation (whether the reader wants to admit that or not), and that the interpreter must always take responsibility for the interpretation given. More conservative presenters asserted that biblical texts have correct meanings intended by the original writers, that the reader’s job is to extract those original meanings from the text, and never to read modern meanings into it. Unsurprisingly, the more progressive scholars were more supportive of equality for women and sexual minorities, and more supportive of more flexible sexual ethics, while the conservative scholars were not.
It was interesting to see such a variety of opinions among Christian scholars. These were not just disagreements of interpretation and application, but also disagreements about the methods to be used in deriving those interpretations and applications. To what degree may we understand scripture as allegory rather than fact? How can we tell when a particular biblical narrative is merely a narrative, or is intended to convey an ethical rule or precept? Can interpretation be guided by on-going revelation? To what degree ought we seek to apply biblical precepts to our own culture, rather than seek to structure our twenty-first century society along first-century lines?
For the non-believer, these scholars seem to be children arguing with each other over whose invisible friend could beat up the others’ invisible friends. But for the non-believer who may often feel beleaguered in a society dominated by Christian believers, there is an important lesson here: Christians can’t agree with each other on much of anything. The Bible is supposed at least to be divinely inspired, and for more fundamentalist believers to be a perfect revelation of divine will, yet interpretations of that inspired or revealed word vary tremendously. Moreover, that variation in interpretation is not just something we find among ordinary churchgoers; it is endemic to the high-powered biblical scholars who influence, and maybe even guide, rank-and-file opinion.
The topic of next year’s Greer-Heard forum promises to be of more interest to unbelievers of all types: God and Cosmology. The main presenters will be arch-theist philosopher William Lane Craig and physicist Sean Carroll, author of From Eternity to Here: The Quest for the Ultimate Theory of Time (2001). Save the date: Friday and Saturday, February 21-22, 2014.
For more information see: Greer-Heard Forum – http://greerheard.com/