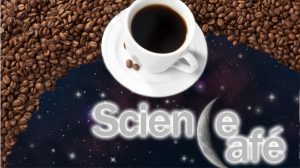 Local food and restaurant critic Tom Fitzmorrris lists 1401 eateries in metro New Orleans. And that’s not counting franchises or fast food outlets. He will probably not be including one recent opening in his updates—that of a local version of the new multinational concept of  “Science Cafes”. That’s because the fare served there is information, specifically about topics in science, rather than the latest twist on bistro comfort food or arty but bitty portions of nouvelle cuisine.

NOSHA has teamed up with Delgado professor Dr. Marion Freistadt to bring topics of different scientific disciplines to the general public. It’s an interesting new approach for widening public awareness about the value of having at least a cursory understanding of how science relates to issues in an increasingly complex world. Lectures and discussions are served up for small groups in an informal setting at easily accessible locations.

Freistadt’s educational and professional background is in the biological discipline of virology, the study of viruses. She comes “from a strong traditional academic background with grant funding,” she told me in an email. “I am currently setting out on my own and am therefore seeking a robust partnership of local and national sponsors.”
She is the founder and director of Virology Institute of New Orleans, a nonprofit incorporated in Louisiana, which was established for “Advancing Science Education” .Services provided by the Institute to achieve that end include “Science Cafe, monthly newsletters, the ‘Going Viral’ radio show, enhancement of science literacy, science career mentoring, research funding reform, and virology research”.

On May 12, Freistadt presented to a group of 20-25 at the uber-funky Neutral Ground Coffeehouse with a balanced overview on the topic of vaccines: the different types and how they work to protect from infection; a brief history from the earliest days of the discoveries of Edward Jenner and his discovery of the cowpox vaccine to fight the then rampant smallpox scourge; and Louis Pasteurfinding defenses against rabies and anthrax. Her talk included some of the current issues centered around vaccination, and she put into perspective which concerns are legitimate and others that are based more on hysteria and conspiracy theories than fact. Over the years, we have basically eradicated smallpox and polio, and were on the way to ending measles before the recent upsurge in cases—primarily because of misinformation riding on the coattails of the vaccine-as-Autism-cause panic.
Dr. Freistadt’s long-term goal is to have her Virology Institute housed in a geodesic dome similar to the one Buckminster Fuller designed as the biosphere for Expo 67 in Montreal. She says it is “visually educational” because the design mimics the naturally occurring design that many viruses use to package their genome within a three dimensional structure.
More Science Cafe sessions are to be sponsored “in the foreseeable future,” said Freistadt. “The broader mission of VINO is to enhance science literacy….Lots of suggestions, such as astronomy and relativity have been put forward. I am open to many ideas. We are just starting.”
So let’s do lunch. And think about tipping VINO at http://virologyinstituteofneworleans.org. This fledgling good-cause operation is worthy of our support.