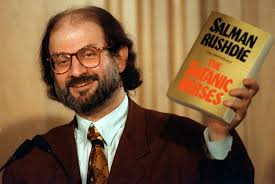 What happened in Chautauqua, New York on the 12th of August was disturbing yet predictable. Salman Rushdie, who wrote the controversial book The Satanic Verses, became a primary target of the former Supreme Leader of the Islamic Republic of Iran, Ayatollah Khomeini, who issued a fatwa that would legitimize the execution of Rushdie. To no one’s surprise, such fatwas were regularly issued by the Iranian totalitarian theocratic regime that has been actively causing socio-political turmoil in the Middle East.

Contemporary Islam has a severe shortcoming in this modern world: the lack of tolerance. Muslim clerics have always promoted the messages of hope and salvation that Islam is the religion of peace and that Prophet Mohammed sealed God’s divinity as the last Messenger to save humanity. And Islamic doctrine that interprets the Koranic scripture and the Hadith (Arabic for “saying”) doesn’t seem to show otherwise. Critics of theocratic regimes and secular dictatorships in the Middle East are not alien to the contradiction of the words of scripture and Hadith with the reality of violence, murder, and severe human rights restrictions. More than two thirds of Muslims live in very socially conservative countries that forbid any kind of challenge to Islamic theology and practice, let alone the politicization and militarization of Islam worldwide. Political Islam and its adherents must realize that the call for tolerance is not unilateral and that victimhood doesn’t only apply to their institutions.

The rise of political Islam in the mid-eighties was supported by an economic boom in many oil-rich communities, primarily in the Persian Gulf. This has given the governments of these countries the power to establish religious-based charitable organizations across Europe that receive an uncontrolled amount of financial aid. The terms such as charitable organizations used then are inclusiveness, multiculturalism, and diversity. In the early 2000s, Europe and North America allowed an influx of hundreds of thousands of refugees from Muslim-majority nations seeking asylum. Accepting asylum seekers was the West’s humanitarian response to a failed foreign policy that led to the demolition of nations like Iraq. The secular laws of Europe and North America enabled radical Muslim organizations to establish networks within Mosques to infiltrate the Islamic population. After the rise of the Islamic State in Iraq and Syria, Europe paid a heavy price when tens of thousands of young Muslim citizens fled to join “jihadists” in a war against the West and to defend their Ummah (community).

Another price Europe paid was with the execution of journalists of the magazine Charlie Hebdo in 2015 by Al-Qaeda operators following the release of caricature memes of Prophet Mohammed. Two perpetrators used rifles and killed 12 employees at the publication’s office. 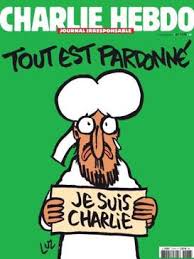 Many Muslim world leaders cheered the attack and called the two French-born Muslim perpetrators martyrs. The story does not end here; in the 2010s, many European countries started to pass legislation that would provide equality to sexual minorities, including the right to marry. Many Muslim clerics condemned Western communities for enabling indecency. The Orlando nightclub shooting by Omar Mateen in Florida indicates such resentment. Mateen, in 2016, pledged allegiance to the Islamic State in a 9-1-1 call before killing 50 civilians, many of whom belonged to the LGBT community.  Mateen identified himself as an “Islamic soldier” before his death.

The  French professor, Samuel Paty, was decapitated by a Muslim student who was offended because his professor displayed a cartoon of Mohammed. These repetitive violent actions in Europe and America aren’t exclusive to single individuals or particular groups, but all had a common goal: silence the critics.

Political Islamic movements reject tolerance and forbearance since allowing it would invite criticism of their beliefs and their agendas. Religious minorities in Muslim majority countries don’t often have the privileges many Muslims enjoy in the West. The question remains unanswered: Why do Muslims and Imams always oppose criticism of their faith and doctrine while constantly scrutinizing other peoples’ faiths and beliefs? Playing the victim to justify violence should be rejected by Western leaders. Muslim leaders always manipulate the sympathy of the public with how fragile their faith is; a single book by a contemporary pioneer critic of Islam would—and did in the case of Rushdie—cause considerable rage. 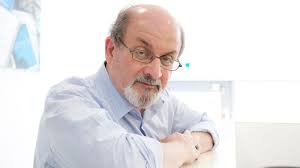 The assassination attempt of Rushdie that failed was just one of many premeditated attempts. The F.B.I. uncovered a plan to execute a high-profiled Iranian American activist Masih Alinajad by Iranian proxy groups due to her stance against the violent oppression Iranian women face daily. Alinajad took social media by storm and created an unstoppable movement in Iran that forced the government to impose a near-total ban on social media.

Freedom of speech is unstoppable in the age of information and nano-technology. The Muslim reform movement must actively work to acknowledge the violent rhetoric of the Islamic doctrine. The way to combat fundamentalism is by reinterpreting one’s beliefs and reevaluating them to adjust to a modern world. The society that suppresses critics and eliminates them is nothing but a dead society.