Kopplin Tries Once Again To Get Senators To Evolve 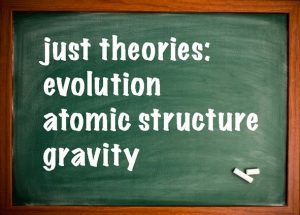 On April 22nd, Louisiana Senator Karen Carter Peterson and education activist Zack Kopplin again led an effort to repeal the Louisiana Science Education Act (LSEA). The LSEA was cleverly crafted to enable teachers and local school boards to bring anti-evolution materials into public school classrooms. It was easily passed into law in 2008, and efforts to repeal it have since become an annual event.

This year’s repeal effort was just a little bit different. While many supporters and opponents signed up to speak, the Senate Education Committee “called the question” quite early, cutting off most of the would-be speakers. The decision of the Committee came down to one vote, which is much closer than usual. But once again, the committee decided to defer the repeal, meaning that the LSEA remains in effect for at least one more year (click HERE to see a video of the 54-minute hearing).

Cheers go of course to Senator Peterson, who introduces the repeal bill each year, and to Zack Kopplin, who organizes support each year. Kopplin has been busy investigating the creationist misbehavior of some Louisiana public schools. His quite damning findings were published on Slate.com just the day before the committee hearing, and he summarized those findings for the committee. Special kudos go to the Lane family, who testified before the committee, and more importantly, stood up courageously for religious freedom and sound science against the proselytizing and frank creationism at Negreet high school in Sabine Parish. Senators Claitor, LaFleur, and Morrell voted against deferral, meaning that they supported teaching science in the science classroom.

Jeers go to senators Guillory, Walsworth, and White, who once again voted against both modernity and common sense, and to Senator Appell, who broke the tie vote in favor to killing the repeal. Particularly reprehensible was Senator Elbert Guillory’s anti-science tirade. Scientists, he claimed, have too often been wrong, having sometimes believed that the earth was flat and the center of the solar system. According to Senator Guillory, it was scientists who labelled those who disagreed with them as heretics, and had those heretics burned at the stake (click HERE to see a 2-minute video clip). Apparently Senator Guillory is unaware that Ancient Greeks realized the earth was a sphere suspended in space, that scientists accepted the heliocentric model as soon as sufficient evidence had been accumulated, or that it was religious institutions, not scientists, that consigned heretics to the flames. Frighteningly, such non-comprehension of actual history comes from someone with direct power over our state’s education policy.

The situation will probably be different next year. Elections will change office holders and alliances in the senate, and that will likely result in some changes to which senators serve on the Education Committee. It remains to be seen whether or not the result will be a Senate Education Committee with a better grasp of science and science education.