Just Who The Hell Are We? 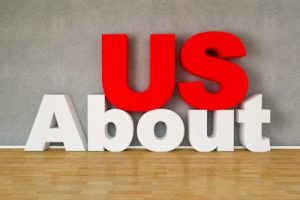 There was a thread in our Facebook group recently that elevated the apparent (and possible lack of) understanding of who non-believers are in the political spectrum of thought. It seemed that not everyone realized that “we” all don’t believe the same way, whether we label ourselves atheists, secular humanists, freethinkers or whatever. On top of that, some people may have misconceptions about the non-religious because of their own limited awareness or lack of experience, especially if they have only recently left their religion.

Generally, it is safe to say there are basic perspectives that probably are held by the majority given our more progressive slant. Many people who feel religion should be at the forefront of society rarely if ever “lean left”, as they say.

For instance, it is likely that if someone believes in a strong separation of church and state concerning most social and medical issues in our society, chances are they are more liberal than they are conservative. How could they not be? Part of religious group-think is to believe that everyone should accept religion as a part of how decisions are made. And by religion, they mean theirs. And they usually assume you are okay with their religion making these important decisions in your life, too. And that’s whether or not you’re a member of their religion. It is one of the many blind spots we encounter when we discuss certain topics with religious people.

There also might be various understandings of how secular humanism is defined and how we use this as a value system for everyday life. If a certain part of a definition resonates with one person, they may assume that it will be important to everyone else. And then there could be plain ol’ misunderstanding and denial. Sometimes we simply believe the parts that confirm our suspicions and discard the rest. And that makes for another whole can of worms in discussions and is a blog for another day.

This link will give you some idea of how the religiously unaffiliated think politically, but here are the highlights of this crowd: (To be fair, this specific Pew survey does not represent only the non-religious community, but anyone who claims to be “unaffiliated”, or not a member of any religion, which is the only category under which we will find non-believers. Only 32% of the people in this survey claim they do not believe in God or are unsure, for example.)

None of these specific areas of opinion hits 100%, so it is unwise to assume that everyone in a group will share the same opinion on everything (duh, right?). Still there is a trend to the majority of these people, so if you are a betting man or woman, you should assume that when you join a secular humanist or non-religious group, you will be dealing with people who are more progressive than most on social issues and, depending on the group, have a settled definition of what their brand of non-belief is about.

Does this mean that these people are not willing to consider outside points of view or that they will only consider the black and white arguments of a pet topic? Of course not. But if you disagree in some way after putting an idea out there, it doesn’t mean you can’t hang out and discuss issues of interest at another time. It just means you may not agree on everything all of the time. Kind of like most situations. Stick around and give it a chance. You might actually like some of the people when you get to know them better and you might have more in common with us than you first thought.

One challenge to everyone: try to understand where the other person is coming from. Try. Think about what you intend to post one more time, especially if you think it could be misunderstood. Sometimes you will see a word or phrase that is confusing or could be changed for greater understanding. Confusion is part of the human condition and a little extra effort can go along way to prevent potential hurt feelings. All we have are words in social media, so let’s make sure they are the best representation of ourselves that they can be.