How I Became an Atheist 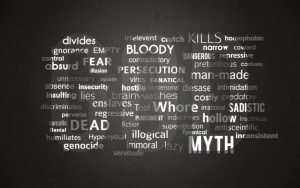 I was a child of the 1960s and a teenager of the 1970s, formed during a very global, progressive, and open-minded phase of U.S. history. I was a Protestant in a very mainstream sort of way, fascinated by all the spiritual currents of my era. I passed my Methodist catechism class while listening to George Harrison chant Hare Krishna. I read books on Edgar Cayce and reincarnation, the Beatles and Transcendental Meditation, Buddhism and Hinduism. As a product of the Age of Aquarius, I fully expected all these religious currents to somehow point toward a single, ultimate truth.

Even though Christianity dominated my upbringing, I was never prone to feeling that any one religion was right while all others were wrong. I had no inkling of the implications then, but my pan-religiosity, already contained the seeds of unbelief. My process from believer to unbeliever took decades, in many small steps. Never once did I experience a sudden stroke of revelation.

Collapsing a long process down into a few paragraphs, the first important step was realizing that all religions must be at least partly wrong. No matter how one tries to analyze doctrine, religions disagree with one another on important details, like the nature of the Self or Soul, what one must do in order to achieve liberation or salvation, and what one is to be liberated or saved from. If religions hold mutually exclusive opinions, they cannot all be right. The possibilities, then, are that there is one right religion, with all others being wrong, or that they are all wrong to at least some degree.

***
Trying to choose one religion out of many is equally impossible. There simply are no external criteria by which to evaluate them. All major religions have millions of followers, have withstood the tests of millennia, provide guidance and comfort in various ways, include some kind of moral framework, have their scriptures and doctrines, and make a variety of claims that are untestable. Blindly accepting the programming of one’s upbringing is easy, but requiring a reason to make a choice between religions makes that choice impossible.

The idea of divine inspiration is comforting for a pan-religious believer. It implies that some spiritually adept individuals may sometimes gain a glimpse of the divine or the beyond. They may then labor to communicate this to others, but the truth they’ve perceived is ineffable. Human minds and human language are not fully able to grasp or communicate that truth. All spiritual teachings, then, and all the scripture and doctrines derived from them, must be imperfect approximations at best. This view is hardly different from what I had started out with as a teenager. It is just a little more honest about the sources of religion.

In retrospect, it seems to me that I was an atheist at this point. I did not understand it then, but I would now assert that once one denies the possibility of divine revelation, religion becomes a sham.

The problems is what divine inspiration, without divine revelation, implies. It says that flawed human beings, either individually or in groups, wrote the holy books, developed the rituals and symbols, and outlined the moral or ethical rules. It acknowledges that ancient scriptures came out of different cultures than our own, and that human beings must therefore use human reason in determining how to apply those writings to modern circumstances. It places a burden on each living person, rather than on our ancestors, to make choices about religion. It says that tradition is fine, but is never an excuse to stop thinking.

It took me some years to fully grasp these implications. The one dramatic realization, if there was one, was that these implications look exactly the same whether there is a divine beyond or is none. It is impossible to distinguish between religions that are failed attempts to point toward some ultimate but indescribable truth and religions that are nothing more than the all too earthly expression of human psychological tendencies.

This leaves me in my present condition as an agnostic. I use that term as a technical matter, because I don’t feel I can directly falsify the possibility of God, at least if God is defined in a way that is sufficiently vague and uninvolved in earthly affairs. Most believers would quickly label me an atheist, and I’m comfortable with that label as well. I conduct my life as if all gods and religions are human artifacts, a stance that falls well within the definition of atheism. I am also a Secular Humanist, not out of complex philosophical reasoning, but out of lack of alternative. What else has there ever been? No god has ever sat in parliament, and no angel has ever whispered into the ears of legislators. We may project our ideals in the form of religion, we may claim religion justifies or demands certain actions, but the simple fact is that all such decisions have always been made by human beings and always will be. Let’s just be honest about that.