The following is the second part of a series “From Here to Bamako” about ΝΟSHA friend and humanitarian Robert Wilfong’s experiences in pioneering a revolutionary teaching method in one small part of the world much in need of it. 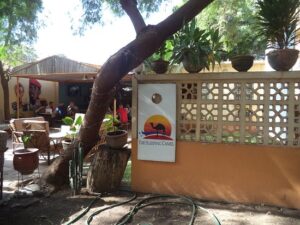 Robert Wilfong recalls his first teaching experience in Bamako volunteering to help instructors at the Institut National des Arts with conversational English. His tour guide had taken him there to possibly find a solution to why Malian guitarists very rarely changed strings and where to possibly get some. (You may recall from the earlier post that his fascination with the music of Mali was one of the main reasons he came to the country in the first place.) New strings in that part of the world  were very low quality and after only days sounded no better than the old ones. He promised the instructor he would bring back some good strings when he returned from the U.S. the next trip. A military coup happened, and he was unable to return for a year and a half, but when he did (with the strings), he began his English teaching as a volunteer every day for several months. For this, the director of the school offered him a place to stay, which he appreciated as lodging at the  The Sleeping Camel hotel, a place where “all the funky toubabou (white people) stayed while in Bamako,” was becoming expensive.

Seydou Dembele is the manager of the traditional music and dance school in the village of Kirina, which is sponsored by the Playing For Change Foundation of Venice, California.

My roommate in New Orleans, Jeff Klein, found the school and Seydou online and encouraged me to contact him, which I did in early 2016. Seydou may be the most fluent English speaker in Mali, and he is the most important member of the network I have put together of fluent English speakers who are also good friends. Seydou, like most urban Malians, is from an off the grid village near Kita, a town near the Senegalese border. He is a Malinke speaker, a language which is very close to the dominant Bambara language of Mali.

Seydou is in his early 40’s and is married to Natenin (Nene) Diarra. They have four children, three boys and a girl. Papi, Mami, Djoume, and Robert (I call him Petit Robert, since I am Grand Robert). 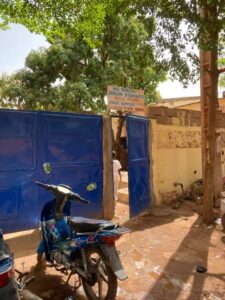 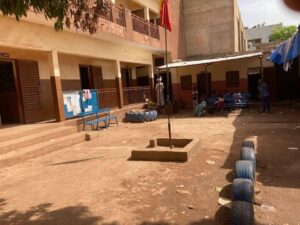 Robert doesn’t recall exactly how the LEGO project came about, but he provided some information about how the toy-like plastic blocks have become a teaching and learning tool that is now well established in STEM and related education curricula:

“As for the educational benefits of LEGOS, others could probably explain them better than I can. There are many obvious STEM benefits (science, technology, engineering and something similar I don’t remember). One of the things I have noticed is that the assembly drawings (a blend of mechanical drawing and cartooning) are teaching reading without words. They teach children to absorb a mass of information from a printed page and immediately apply it to a task at hand. The LEGO assembly process itself automatically teaches many things about mechanical design (symmetry, for instance). The issue of orientation in the assembly is a huge issue, and one that most children only gradually develop expertise in. Does the piece point left or right? Forward or back? Up or down? A psychologist who specializes in cognitive development could no doubt explain the significance and value of these lessons better than I can, but I think they are very important.

Children who work with LEGOS long enough eventually start to think like LEGO designers and create their own sets. LEGO encourages this.When the children get to robotics, all these lessons are multiplied manifold.” 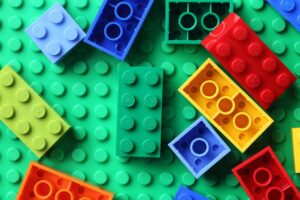 Robert shared an overview of the importance of getting this project off the ground and some far-ranging implications of any success it has:

“The Mali LEGO Project is about to enter a new phase. The plan is to establish a regular group of LEGO-maniacs in the private school that Seydou’s children attend. (Note- private school in Mali is something very different from private school in the US. Parents with any means at all send their children to private schools, which are everywhere, because the public schools are so poorly supported by the government).

Seydou and I discussed this with the school’s headmistress last week. We will have two groups of students, one of five boys and another of five girls, who will work with LEGOS two days a week. After we have introduced them to LEGO building and instruction interpretation we will move on to the LEGO robotics system, SPIKE PRIME. This involves not only assembling powered sets, but working with computer coding as well.

I don’t think it is exaggerating to say that this will be historic. LEGOS, universally known and used in rich countries, are completely unknown here, because of their outrageous expense. Many LEGOS sets cost as much as a 50 kilo (110 pound) bag of rice, which can feed the average Malian family for weeks.

The headmistress of the school had never heard of LEGOS. It is unimaginable to me that this could be true for the director of a school anywhere in North America, Europe, Japan, South Korea, Singapore, Hong Kong, Shanghai, Shenzhen, or anywhere in Australia or New Zealand, either.

I expect that this will be the only LEGOS project in Mali, although I would love to be proved wrong. I am hoping that in some small way this project will help prepare these students for a world that has been changing rapidly, but is about to go to warp drive.

The world today is on the brink of demographic collapse. All the rich countries, and many not so rich countries, are experiencing birth rates below replacement level. Their populations are becoming smaller and older. Their working age cohorts are shrinking and their retirement age cohorts are growing. This is true on every continent but one. The youth of the world, the promise of tomorrow, are increasingly African.

When the Mali LEGO Project students  finish their education they will be stepping into a very different world than we live in today. Rich countries, which today spend billions to keep African immigrants out, will be spending billions trying to attract qualified African youth who can become the skilled, high-tech workers of tomorrow.

I would like to think that these youth would have opportunities to use their talents at home, but so far there is no sign of that happening. Of course, no one knows the future and we hope for the best, but whatever happens I think the Mali LEGO Project will help prepare them for it.” 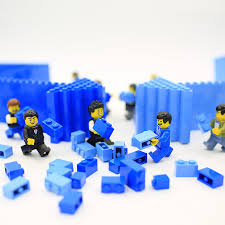 Watch this space…the project could take off quicker than Robert and Seydou expected!