Celebrating the Writer: Bankson Branches Out 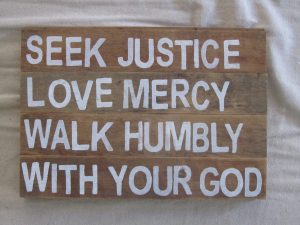 We are very fortunate to have such a dedicated and community-minded supporter in NOSHA board member, Marty Bankson, who does double-duty as the newsletter reporter for The Humanist Advocate, our quarterly publication reflecting on our recent meetings and activities. We couldn’t do it without him!

He has his work featured on “At The Well” that tries to improve the image of Christians in American public discourse. That Bankson’s writing is featured here is a wonderful testament to the ideas and efforts he brings to his work.

Here are a couple of short segments from his recent articles you might enjoy: (the whole piece is available at the link)

X-Mas List, With Love and XOXO:
“It was only natural, probably written in the stars: the Christian spirit of giving, the tradition started by the three wise men bringing gifts to the newborn Christ, expanded at some point to include making one’s own personal wish list: gifts you would like to receive.

And since the spirit-tradition does not begrudge anyone from participating in the routine but, in fact, encourages everyone, of every faith or no faith to participate, because it is good for the economy, it’s a win-win.

For that reason–the universal spirit of giving and getting–I am not even slightly embarrassed or feeling presumptuous or hypocritical about publicly posting my personal little wish list (or sharing the news that I have bought stuff to give to others in the coming days), even though I am not a Christian or a member of any other faith.”

Heretical Compromise?
“Religion is one of man’s first attempts at a coherent narrative about the human condition—all that is sublime, all that is wretched, and all the tedium in between. It’s a methodology for making a revered completeness from a fragmented and bewildering sensory experience.  As such, it is a branch of the  larger topic of humanism—“any system or mode of thought or action in which human interests, values, and dignity predominate.”¹

Over the past 400 years, during and since the Enlightenment movement, the definition of humanism, as a philosophical worldview has been narrowed. It had never been worded into a doctrinal format until 1933, when a group of 30-odd academic scientists, sociologists, ministers, and philosophers agreed on the tenants to be penned in the first Humanist Manifesto, which “was designed to represent a developing point of view….representative of a large number who are forging a new philosophy out of the materials of the modern world.'”

Bankson also maintain’s his own blog where all of his work is available, Bricolage. Check it out!