An Evening with Bart, Bird, and the Baptists 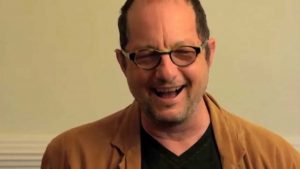 Getting comfortable in the nearly straight-backed, hardwood benches with a minimum of padding involved  a continual re-alignment of posture for the dozen disciples of New Orleans’ club for Christian persecutors unaccustomed to sitting in church. The benches—pews in churchspeak– were in the voluminous Leavell Chapel, located on the grounds of the New Orleans Baptist Theological Seminary. The Persecutors made a rare appearance in church and suffered the punishing seating arrangements as a penance to hear one of their own: Biblical scholar, UNC professor, prolific author and fellow non-believer Bart Ehrman debate with theological lecturer and author Michael Bird, who made the trip from his native Australian. Ehrman could have been from the other, not-Australian place Down Under judging from the awkward introduction and reception he was given prior to his lead-off address. The forum director, Robert Stewart’s introduction of him to the audience of about 1200 seminarians, instructors, old Baptist preachers, and the dozen Persecutors was worded awkwardly enough not to invite applause.

The title of the dialogue was “How Did Jesus Become God,” named from Ehrman’s most recent book, and was the the theme of the larger Greer-Heard Point-Counter Forum held annually at the seminary for the last 11 years. The Friday night dialogue is followed Saturday morning and early afternoon with more lectures from other distinguished presenters followed up with responses from the key speakers Ehrman and Bird. The idea of the for the forum was initially proposed by seminary donors– and husband and wife –Greer and Heard, said President Chuck Kelley during his general introduction. Besides the unstated purpose of getting their names attached to something of interest related to the seminary operations, their published  motivation was to get divergent viewpoints on matters religious for the goal of “teaching preachers to think.” Anyone would see what a novel concept that was, and its potential for successful outcomes, though not guaranteed, remain in the realm of possibility. In theory.

Dr. Ehrman kicked off by setting out the “terms” of the discussion, though “limits” may have been a better choice. The purpose would be to present a credible explanation of how the historical person Jesus, described at length in the New Testament addition to the Bible, came to be also known, called, pronounced, exalted as, or proclaimed to be… God.  Ehrman emphasized that the discussion was limited to the historical possibilities of the question and not its theological ramifications. Whether Jesus truly was the same as, or the son of the God was not part of the debate. Ehrman does agree with  other skeptics and agnostics, and believes that the personhood of Jesus is affirmed (that the historical person of Jesus existed); and that position of mythicism—that a historical Jesus did not really exist, but was rather a mythical figure, a composite other such deities of the area, such as (among others) Dionysus and Osiris of Greek and Egyptian lore, was false.

The short answer, said Ehrman, is that Jesus officially became God at the Council of Nicea in 325 C. E. Roman Emperor Constantine, who may have made his first mistake by legalizing Christianity in the Empire, and second, really big error making it the official state religion, called for a meeting of about 300 bishops to smooth out some of the details of the newly established religion in an effort to patch up the social structure of an empire that was falling apart and was in need of a unifying….something. In a truy democratic process, the motion to proclaim Jesus to be the co-eternal, co-equal,  begotten, and of the same essence as the real god received a majority vote of those in favor. And so came to be the Nicean Creed. It can only be speculated how things may have turned out had voter fraud later be uncovered.

So to be fair, Ehrman painted a little historical perspective of the official coronation done by the Council. A study of the New Testament scriptures shows that Jesus’ disciples did not believe at the time of their association with him he was divine, but only came to that belief after the Resurrection. The empty tomb was a trigger for a group with high expectations and an even loftier imagination to surmise no explanation existed for their leader’s disappearance other than that he had been exalted to Heaven—a transformation which happens only to truly godly beings, they thought.  Ehrman quoted and referred frequently and breezily from Biblical verse and chapter, evaluating nuances in the semantics and aphorisms of the scripture to validate his position that the Jesus-God unification was of a Christology called adoptionism; that Jesus was really born as a mortal man and was later “adopted” to be the son, and, curiously enough, at the same time, the same being as God. This theory conflicts with the final edicts of the Council of Nicea, which ended up with a god of not two, but three agents, all three almighty, all three, one; each one, three. And they understandably called it the Doctrine of the Trinity. It is difficult, using logicians’ standard  laws of thought, specifically the law of the excluded middle; or Leibniz’ catchy Identity of Indiscernables, to get one’s head around all this, a problem church theoreticians recognized soon enough, and called it a mystery—euphemizing the problem temporarily away, kicking it down the line for future generations to figure out.

Dr. Bird is along with this idea, too. The diminutive but plucky redhead is an informed and entertaining presenter, and kept a light-hearted attitude and non-apocalyptic tone throughout (even if the irony in the overused icebreaker Australian speakers often employ, associating his homeland, Crocodile Dundee, and Outback Steakhouse resonated as bit Trinitarian itself). Bird tried to show that the theory of adoptionism didn’t emerge until about 190 C. E. from a group following the works of Theodotus, which had itself carried the tradition of the mortal beginnings of the Christ fellow from the earlier thought of Bishop Arius, one of the participants of the Council of Nicea and the leading opponent to the doctrine that was eventually accepted. Dr. Bird patched together verses from the Gospels, mixed in references from Pauline Epistles, and tied them together with the “Word,” or “logos” notion from John the baptizer to fortify his theory of the making of Jesus-God as a version of the “possession” Christology. All this meaning that Jesus was of “the word”, was in possession of the same substance and eternal existence as the god and the divine spirit.

Thus,the Doctrine of the Trinity is reaffirmed by Bird, albeit with a few twists. Ehrman, getting the final rebutting remarks, said as much. Mr. Bird had not contributed an answer to discussion’s primary puzzle: How did Jesus become God? For Bird, and likely most of the seminarians, instructors and old Baptists preachers there, the proposition that Jesus is “of the Word” and just is, always was, just as the god Yahweh and the spirit are, is, when outfitted with enough Biblical cross references, the Truth (with a capital T) for the ages.

As for the Persecutors, some left wondering (and doubting) if the Greer and Heard goal of getting preachers to think came close to being accomplished. A few wondered if it was the mental gymnastics required to square the logical constraints of identity, non-contradiction, and excluded middles against Trinitarian mysticism that made them uncomfortable, keeping them out of church, or if it was bodily taxation caused by the stiff, straight-backed pews.  Catholic churches can be even more sadistic, it has been said, with those non-optional prayer kneelers.