A Glimpse of Rationality 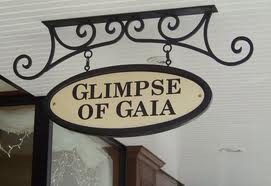 For anyone who has followed Jessica Ahlquist’s endeavor to remove a religious banner in her public high school in Cranston, RI, (and followed it in the recent NOSHA spring newsletter), you’re no doubt familiar with the other bizarre twist that occurred as a result: “Floristgate”.

Various secular organizations tried to send Jessica a spray of flowers to celebrate her legal victory and found that several of the florists refused to comply with their order, saying because they didn’t agree with the teenager’s efforts, they weren’t going to accept the business.

While I don’t want to rehash the entire ordeal, I did want to share a letter from the florist who eventually did fill the orders, Glimpse of Gaia. The Freedom From Religion Foundation profiled this in the January/February 2012 issue of Freethought Today. This is the response to one of the few negative emails he received and it touched on some very important principles. Sean deserves his own big bouquet of flowers.

Feel free to liberally apply this reasoning whenever possible!

Thanks for writing. I realize that the Cranston West prayer banner lawsuit and resulting abuse of Jessica Ahlquist has been a heated issue in Rhode Island. I am sure that you respect our Constitution and the laws which prevent discrimination on the basis of race, gender and religion. I understand that you disagree with Ms. Ahlquist’s position on the banner, so I would invite you to perhaps think about it another way.
Imagine that instead of asking to take the banner down, she had asked for a Secular Humanist expression to be put up. Perhaps next, some Islamic students could request a prayer banner that reflects their beliefs. Likewise, Hindu students could ask for something to represent them. Perhaps Evangelicals would want a banner to distinguish from the Catholic message. I am sure you see the problem this creates. I suspect you would agree that we don’t want the walls of our public space littered with competing dogma, all of which would need to be paid for and maintained by those same public institutions. Instead we have private space, including your place of worship, car, home, Facebook and Twitter pages etcetera, which you can use as you like to express your beliefs, whatever they may be.
I would like you to imagine another small change to this situation. Instead of flower delivery being denied, it was something more important. Should this young lady be denied food because of her, legally expressed, opinion? What about housing? How about fuel when her car is close to empty and it’s a frigid evening? What about medical care?
Let’s go one step further and imagine that it is you or your loved one who needs to purchase something, but is denied the opportunity because the seller doesn’t like your beliefs. Is this the kind of society in which you would want to live?
Of course companies can deny service for certain grounds, but not any grounds. A store can refuse to sell products that they know you will use illegally. They can deny service if you are belligerent or intoxicated etcetera. However, they cannot deny you service because they don’t like how you think. This is not just a matter of opinion, it is the law.
Those laws are here to protect us. Our Bill of Rights guarantees fair treatment of everyone, even against the will of the majority. It is a foundational premise of our great country. We have rights. We’ve been incredibly lucky to have been born with those rights, hard won by our forebears. I think we should respect and protect them.
Thanks for your interest and attention. — Sean