A Bit Of Class by Wil Sinda 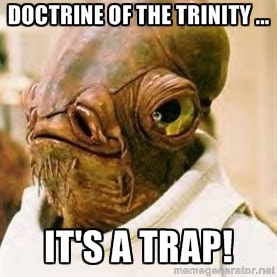 Earlier this year at a monthly meeting, NOSHA member Wil Sinda did a reading  about his youth growing up in the Catholic Church that we felt more people would like to read. Please enjoy!

I was born some years ago in New York, brought up on Long Island, and raised as a Catholic. I well remember my mother reading to me that first catechism lesson, as parents were supposed to do then, which covered the talking points of Creation, Original Sin and the Trinity — the core stuff for Catholics — and how I felt under assault therefrom, and thus immediately and irrevocably rejected it in principle. I could not have been older than 8 or so at the time.

In fact, I never for a moment believed in God. I could never understand, much less accept, the Trinity — the Father, the Son and the Holy Ghost as One. It has always seemed to me a hastily made rationalization for a poorly constructed story. It just didn’t work.
And what didn’t work about it in particular was the Son part, which after all is a problem for a religion in his name. The Son of God thing is the weakest point in the chain — an obvious pagan-inspired theme, a standard kind of mythic narrative that forever after brought ‘God as principle’ down to God as a character in a revenge fantasy.
Not just another Bible story which can be understood as a parable, it is the religion itself. You have to believe in the Son. Just the Father won’t do. And why not, I wondered. Same guy, or not?
Why, for example, would ‘God as the Son’ have to remain a Son at all after his triumphant return to Heaven? The deal had already been struck, the debt paid, but God still wanted to pose as a young man sitting next to himself anyway? An eternity as a literal multiple-personality?
That’s just poor writing.
The suggestion that others around me might believe these things to be actual was the cause of considerable disquiet and revulsion, and even a source for youthful depression for me — because just imagining how that kind of world might ‘feel’ to a believer would always fill me with a vertiginous sadness.

I was disturbed to see people from town broken under the yoke of a fantasy, propitiating a God by genuflecting before plastic statues and kneeling in a pew as if begging for their lives.

It made me withdraw and watch. And watching made me wary.

I am reminded when before Mass one Sunday, the usher (a dour-faced Latin gentleman with a slight limp) stopped and leaned in to me and my friends to volunteer to us how “the Beatellies” were the “devil music” and, even though no one said a contrary word to him, got all red faced and furious anyway, glaring at us ten-year olds as if we were a 5th Column.

Or, a few years later, the nun who lectured to us about Jews being a damned race for killing Jesus
Or when I asked for an explanation of the Heaven/Earth distinction and how that related to outer space, how old Father Sheridan, while laughing derisively and shaking his head, said, “There is the Earth,” demonstrating the notion by gesturing with his arms and hands around his head as if to indicate everything around him, “and there are the heavens,” he said raising his arms over his head. And how when I pressed the issue by explaining that the Earth is in Space, how he raised his voice angrily and asked me if he was floating in outer space, ambling around in a pseudo-pirouette while making a funny face.
No, the stupidity was obvious, but there was another issue alongside this that went even deeper, and could not be ameliorated by more favorable anecdotes.
It was also my sense of self-respect that was assaulted when number six of the Baltimore Catechism was read out loud. To wit: Why did God make you? Answer (to be read aloud by all as an oath) — “God made me to know Him, to love Him, and to serve Him … .”
To know him? I can see that. It has a speculative insight to it, that Creation has about it an inner principle to be known to itself — God as Being, we as particulars of that totality with a basic intentionality to know the whole. Okay. Fine. Spinoza. Hegel.
But, to love him, and to serve Him. My only reason for being was to serve a cosmic (and worldly) franchise whose creator, a complete stranger to me otherwise, expected, just for the favor, my love too? It was a kind of extortion dressed up as a duty. A grandfathered-in small print on a contract that was signed for me without consultation or consent.
I, the son of a proud union man, was taught never to cave in to exploitation like that. Was this not another case of management pretending to be one of the workers just to get something from them?
I thus resented kneeling in Church, just as I recoiled in disgust when I saw people from town cower in such a slavish position. I always tried to avoid it myself by hunching over while still sitting. By faking it, in other words.
We don’t kneel. We don’t like Persons who expect to be knelt in front of, God or not. And most of all, kneeling is not a result of love.
I rebelled against the Church, first privately and later with some fanfare, and I did so quite aside from the fact that I did not believe its stories. I rebelled against it, and still do, because, even as it supposedly gives life value and meaning, it actually takes it all back, because value and meaning cannot be given.
When coming from an extrinsic source, value and meaning are the source’s, not the persons’ to whom such are given. I cannot give you value, I can only recognize it as already there.
We don’t have to love our neighbor, but we have to recognize the Other as a person, and thus recognize in the Other a real relation. It announces the Other as an issue, but it leaves it up to me to be the kind of person I want to be vis-à-vis that Other.
Most rational people want to be mindful of others. How we perform and think in that light is the measure of who we are. We either care, or we do not care; accept the Other as part of our reality, or not.
A God is not required for that decision; only a bit of class.