It has been over three years since Donald Trump was elected and Evangelicals can now claim to have the momentum practicing political power since  gaining a foothold in the administration of Ronald Reagan. America is witnessing an unprecedented political turnover in defining the very existence of the union. Despite the unconstitutionality of intertwining religion with politics, evangelical Christians have influenced many social policies the White House administration has passed since 2017.

Despite not being a constitutionally religious republic, Donald Trump and allies have passed series of social policies that show a relation to  a strict doctrine from the unpacific version of Judaism and Christianity, from states that passed severe restrictions on abortion—to complete ban in states like Alabama, Louisiana, and Ohio; to private healthcare and insurance companies denying basic services and health coverage to same-sex couples. It shouldn’t be shocking to learn that Trump appointed Paula White as the spiritual advisor in the White House. The culture of theological radicalization has been standardized under an administration that has as a powerful platform unlike any of its predecessors. Donald Trump is popularizing the culture of conspiracy theories and an alternative reality platform that is very appealing to his ill-informed conservative white population in many suburban and rural communities.

The practice of fear mongering in U.S. politics became an insult to the position of America itself worldwide. Evangelicalism is working effortlessly in Christianizing the nation at any cost, despite showing an increasing sign of its dysfunctional approach. At what cost does this appear? The answer is clear, the humanist community in the United States has become so weakened that all rational arguments related to secularism and the separation of church and state become dangerous blasphemies, blamed on the force of evil embodied in Satan.

Also strengthening the conservatives, the liberal and left wing based critique has never been unified on a single socio-political platform that could unite their base, unlike the Republicans, who unified under a religiously motivated message—which has become  a commandment to vote for “candidate-whomever” their pastors tell them at Sunday’s church service.

Demotivation is symptomatic  of the Democratic base when it comes to political activism. It took the DNC until late 2019 to recognize the religiously unaffiliated, agnostic and atheist Americans as a major component of the fabric of their base, for example. Much of what happens seems to be in hindsight.

Is suffering a God commandment? Are people without healthcare just another expression of God’s will? Is humiliation part of the life journey, such that over 500 thousand people in the U.S. cannot get decent shelter?

It is clear that conservatives with their message are working effortlessly to speed up the coming for the End of Days and the return of the Messiah so that they can get justification for practicing such political tribalism and institutionalized corruption. There is one motto that conservatives follow: “God is not a pacifist”;  and from there the justification for the brutal policies that are religiously fueled are rationalized. Is suffering a God commandment? Are people without healthcare just another expression of God’s will? Is humiliation part of the life journey, such that over 500 thousand people in the U.S. cannot get decent shelter?

The moral compass seems to have spun off its axis a long time ago for conservatives when they learned about catastrophes in the history of the violent version of the Christian god they worship. When six migrant children died in ICE detention facilities, Republicans defended ICE and blamed the parents for actively putting their children at risk. Ironically, no one has ever criticized America’s catastrophic foreign policy that supported the overthrow of democratically elected governments in central America— which had long-term left-leaning ideologies—and worked on installing dictatorships that favored America’s interests.

In the same argument, prominent televangelist of Texas Robert Jeffress stated in an interview that God commanded us to install a wall at the border to protect the nation from foreign invasions. In an interview for “Fox and Friends” in early 2019 Jeffress said “The Bible says even Heaven itself is gonna have a wall around it, not everybody is going to be allowed in. So, if walls are immoral, then God is immoral.”

The fact that the current theocratic-conservative movement, which has been in the making since before Ronald Reagan took office and appears not to be going away anytime soon, it wouldn’t be too far off the mark  to declare the defeat of the liberal movement in the past four decades despite small victories. It’s a trend we have been witnessing in traditionally democratic nations in Europe. Conservatives are aligning the elements of corporate capitalism, religion, and nationalism in one blend that has effectively crippled the United States over the past few decades. How? America has been transformed into a corporate haven and an aggressively consumerist market in the world that led to an effective decline of innovation. Also, the power of corporations is superseding that of the government where the former has privatized most  basic human rights like education and healthcare. Additionally, the promotion of the identity of the U.S. as a Christian nation energized the appeal of Christian nationalism, which is contradictory to the very foundational principle of the union.

In a political culture of deception and manipulation, constituents have been successfully deceived about their own rights and the potential power they have in selecting transparent lawmakers who truly represent their political values. The current mechanism has led to the loss of the power where people once had control, and to the transitioning the political culture that was once the beacon of hope to the entire world.

Can the process be reversed, or even slowed down? The coming year is setting up to be  a watershed for the future of the promise of progress toward freedom and the shared and equal value of citizens of Planet Earth. We should have a better idea no later than 11 months from now. 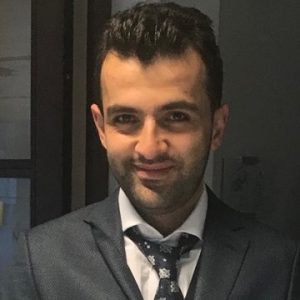