The Rockin’ Genesis of Secular Music: From the Mundane to the Insane 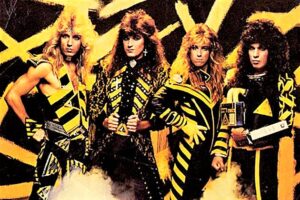 Back in my later high school years (2002-2005), it was a joy to research a variety of rock music and artists while living in Europe as iTunes was like a massive library. I would regularly devise fresh playlists for my early iPod (RIP years of frayed headphone cords!) like a chef perfecting a masterful dish. Mine was metal music to be exact. Everything from 70’s era blues-influenced bands like Cream, Led Zeppelin, and Black Sabbath, to more extreme departures like “folk metal” (Korpiklaani, meaning “forest clan,” from Finland), and extreme metal bands like Dimmu Borgir, Vital Remains, Cannibal Corpse, Obituary, Death, etc. Other popular bands in that timeframe like Green Day, Evanescence, and Linkin Park were just as game to me as Iron Maiden and Metallica.

In spite of some scoffing responses to the genre as a whole, I also enjoyed the popular metal bands of the 80’s like Dokken, Def Leppard, Scorpions, Queensryche, Ratt, etc., that relied heavily on MTV rotation as well as fast melodic guitar licks and talent. One in particular opted for a more sacred, less profane, but nevertheless bombastic approach. This high-pitched melodic hair metal band seemed to have a fondness for black and yellow warning tape in their decorating, and wrote songs slamming on the vices of Satan’s hold on humanity. While some bands may have hurled free beer out to raucous spectators, this band opted to spread the gospel by literally hurling Bibles into crowds. I’m talking about Stryper. To hell with the devil!

It never dawned on me with bands like Stryper and punk rockers, Relient K [sic], then that there was a strong modern movement of Christian music that had expanded across multiple decades. I was aware that some bands like Sabbath utilized Christian symbols in their concerts for darker ambience, but my background in Christian music was in the realms of Bach, Handel, and the range of softer hymns from the Evangelical Lutheran Church. On the more extreme fronts of the faithful, there was a battle brewing against the ills of profane hedonism found in modern music. In the vain of Footloose, actor John Lithgow would be outgunned in his scorn for this secular thing called “fun” that seemingly runs contrary to a Christian foundation.

Sans heavy that metal-slash-Christianity fusion, “secular music” is not limited to a particular genre of music, but rather is any and all music not affiliated with an existing religion. Sacred music, in context of the Middle Ages, was for the church and to the benefit of the congregation, whereas secular music was for entertainment purposes and often about matters of everyday living without divine influence.

Traveling troubadours, iterant musicians, were the rock stars of their age, and they would sing about love, joy, and pain without pocketing the money for the Church. Early Celtic bards in the first millennium would strum harps in the halls of kings, usually songs of praise or misfortune (think “Brave Sir Robin” from Monty Python and the Holy Grail).  The 14th to the 15th centuries saw the emergence of early tonality, the utilization of specific keys with a base note, the tonic (Espie 2019).  Burgundian composers Gilles Binchois (1400 – 1460) and Guillaume Dufay (1397 – 1474) had established this early although mastered by Bach years later. Other notable secular musicians include the surviving works of Guillaume de Mauchaut (1300 – 1377), of Reims, France who created the monophonic “lais” and “virelais,” and the blind composer, Francesco Landini (1325-1397), whose counterpoint vocals in Musica Son Gia Furon Ciascun Vuol, may bring to mind Queen’s Bohemian Rhapsody.

It may come as little surprise that there are still near puritanical opposition to secular music. Isaiah Saldivar (2021), who declared that “The Devil is a musician,” encourages his followers to delete all their secular music to build a closer relationship with God. Some rock bands may use the Christianity in branding their music for marketing purposes and may not as adamantly preach the gospel. Nevertheless, August Burns Red Presents: Sleddin’ Hill, A Holiday Album (2012), supercharges the Yuletide season with metalcore renditions of popular Christmas tunes that can appeal to heathens as well as the faithful.

Estrella, Espie. 2019. The Rise of Secular Music During the Middle Ages (liveabout.com)

Saldivar, Isaiah. 2021. CHRISTIANS and secular music!? Should Christians listen to it – YouTube