It wouldn’t take two people to argue about the volatility of the world right now in the midst of COVID-19 pandemic. It also reveals how divided America has become. The cultural war on science achieved a partial victory among its champions unjustly when, as they claim, viruses can now be deemed as hoax and the number of people who died in the United States , totaling 75,000 as of May 8th 2020, is also a lie. 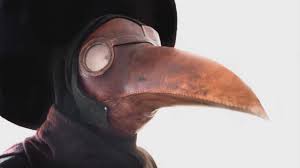 But why does it matter?  People are frustrated with the game the Democrats are playing because all previous attempts to overthrow Donald Trump flopped miserably: they need to go back to their normal routine and be productive social animals. Or maybe this is the narrative that the GOP is effortlessly using to brainwash their electoral base, because in the end, Trump is revered and categorized as the God’s chosen savior against the Marxist left in America.

When men marched the capitol building with their assault weapons in Michigan, no one had the audacity to arrest them for the threat they impose with excessive use of power intimidation to silence people. At the end the Second Amendment guarantees the unconditional right to showcase the liberty they want to enforce on others in public. This week, the threat of a repeat of paramiltarists  flooding the capitol rotunda caused the Michigan legislature to cancel its session, effectively a minor government coup, or at least the threat of force to silence law makers. The lobbying power the NRA gave to its constituents allowing such scenes to be normalized because, in the end, people want their “freedom and liberty”. Trump’s indifference towards the crisis made his followers become oblivious to the ongoing pandemic since the more common flu killed more people than anypandemic, right?

The demonization of what governors are doing on the state level also was ridiculed by Republicans who adopted the conspiracy hoax since itis the tool Nancy Pelosi is having to prevent Trump’s reelection, they claim.  It didn’t help much from the media that practicing self-distancing and social isolation is the best tactic used to help slow the spread of the virus because the media is also “fake” and “lame”. 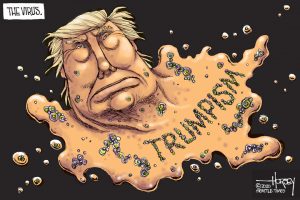 To put things in a wider perspective, other countries have had a much stronger response because people put trust in their government, showed resilience, and weren’t battered with information wars. South Korea, with a population of 52 million, controlled the pandemic when the virus peaked at 10,000 and death toll of less than 300. It is also worth mentioning that South Korea is far more densely populated than the U.S.

New Zealand is another example, the country recorded zero cases for 3 consecutive days and the death toll is below 100. New Zealanders didn’t complain about their freedom being stripped from them nor did they allege their prime minister is a Marxist-socialist who wants to make the country a communist state.

America’s problem is the cultural war of ignorance and propaganda that is mixed with an unhealthy practice of misconceived notions about the basics of liberty and individualism. The war succeeded in radicalizing the voices of scientists and sane lawmakers who are now categorized as anti-freedom and anti-liberty.

Idolizing corrupted leaders who are running the country is what brought America to its knees, not the virus. With states reopening, COVID-19 is resurging and it is only going to become much worse if a vaccine is not formulated to severely limit its spread.  But what about the anti vaxxers who have the presumption that vaccines are bad and are socialized propaganda by the government to control their liberty? Their default position yields a nihilistic no-win apocalypse in facing killer epidemics.

America now is also seeing lack of communal solidarity and is still embedded with political polarization with the attacks on Joe Biden’s bogus “rape assault”. It is also the blame of the Democrats to allow this political circus to go mainstream. The progressive faction of the left isn’t having any problem in re-electing Trump as long as Biden, the rapist and former racist, is the frontrunner.

Trump’s mismanagement of the crisis despite willingly knowing about the COVID-19 as early as December 2019, is only going to escalate the situation since his supporters believed that it’s a universal war by “globalists” who want to overthrow their God-given rescuer to make their America greater.

Freedom in America is flawed, and individual liberty practiced willfully, without facts and judicious reasoning and concern for the common good is a plague we should  guard against, the pandemic of ignorance. 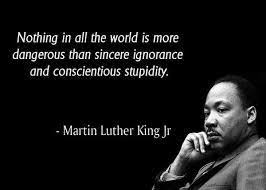