The Joy of Politics: An Opinion from a Humanist 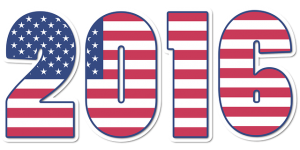 The recent Presidential campaign and election has revived a question about the role of NOSHA  when political issues steal quietly into our discussions, or when they smack us smartly across the face, as this grotesque campaign and its regrettable cast of candidates have. Are we a political group? Should our group be involved in politics? If no, why not, or why should it be; and if so, how much involvement is appropriate?

This much we do know without looking back at our history in this area or doing any soul searching about the “should” question: there are some limitations on what we can do. As a chartered 501(c)(3) non-profit organization, loosely categorized as a “charitable” organization, the IRS does not permit direct campaigning for or against candidates in an election, or endorsing or contributing to candidates. If found in violation, we could lose our tax exempt status. That is the worse case scenario and is usually applied only to flagrant or repeat offenders; but an excise tax could be levied and an infraction could still end up being costly. This only applies to the organization and officially sponsored activities—individuals within the group are free to do as they please as long as the group is not directly endorsing such participation. Legislative “action”, or lobbying, is not permitted if it is a “substantial part of its activity”. Read here about the restrictions and follow the links for definitions of “political and lobbying activities”.Beyond those specific regulations about campaigning for candidates and frequent lobbying, the field seems almost wide open about political activism. There are no restrictions on legislative and issue advocacy, which, together would cover just about any political activity imaginable— from demonstrating in front of a Planned Parenthood clinic, to holding placards on a busy boulevard alongside a shopping center, to offering opinions as a witness in a legislative education committee about the problems of laws allowing for religious interpretations of the origins of life on earth being given equal time in public schools. It could mean delivering a secular invocation at a city council meeting, or setting up a table in the rotunda of the state capital and speaking with legislators and civilians alike about some of our concerns about keeping religion out of the business of government officiating and laws. It could be participating in or observing a reading of Sinclair Lewis’ prophetic play on right wing populism based on his novel It Can’t Happen Here.

Except for the first, we have, as an organization, had representatives at each of these; and did not participate in the first only because it was cancelled by the officials of Planned Parenthood as being possibly provocative and counterproductive. So we do have a history.
History also shows that “education” might be a more apt description than “charity” when categorizing our programs; and the charity operation is more accurately a volunteer labor pool. The speakers we schedule and the educational programs we produce or take part in generally center around the common core of a worldview, or ideology, for living well while respecting our fellow humans and other lifeforms in our biodiverse and common home, Planet Earth. Humanism we call it, specifically secular humanism. The foundation for this worldview was established beginning with new approaches to scientific study and a philosophical optimism: the possibility that there were some absolute truths, and that new advances in sciences and the letters could make these truths knowable. Mankind would necessarily improve his lot accordingly with this knowledge . This movement began in the 16th Century and continued to the 18th  came to be called The Enlightenment. Secular humanism holds that the knowledge that leads to truth is discoverable in the natural world and documentable with the aid of the rational human mind; but warned that a pursuit of knowledge based on revelation from supernatural beings or the tutelage of ancient mythological tales will lead nowhere but backward.
A humanist ideology may, in a nutshell, be characterized as a union of two concepts of liberty philosopher Isaiah Berlin wrote of in 1958. The human citizen of the world would be the embodiment and balance of 1) having certain protections from other individuals or state taking away choices or placing constraints on her; and, at the same time 2) having the freedom to be her own autonomous agent, living and flourishing as the director of her own pursuits. This ideal arrangement may be a contrivance in the evolution of human thought in an expanding population whose stability was becoming more dependent on a variety of social constructions, but it does not mean it is not natural or that it and cannot succeed. This is the intersection of a progressive secular humanism and politics, because politics is the vehicle for dispensing or withholding rights, freedoms, and justice among divergent interests.
It would follow from this that humanism, and especially secular humanism, would come a-courting the power of politics. Without the vehicle to propose and construct such a complicated rights-based framework for improving the quality of life, humanism would remain as only another idea floating around in a nebulous land of broken dreams, unlived afterlives, and visions of fantasy from religious and mythological deities. Secular humanism needs a particularly cozy relationship to stay planted in terra firma and its polis, because from that aforementioned  ephemeral land emerge very natural-looking and convincing prophets of mysterious gods, well equipped to slick talk the virtues of theocracy. A more politicized version of our local chapter of secular humanists may be necessary not simply to keep alive the promise and actuality of a humanist world, but to work against the new administration’s troubling visions and venomous threats of compromised rights and opportunities expressed during the campaign. Federal court appointments and cabinet heads that share their leader’s nationalist notions of returning to the greater country that America was in days past is not a conservative idea, but a reactionary one. We need to aid and assist in coalitions with groups that are potential targets of scorn and  repression, including Muslims. (There, I’ve said it.) Mexicans. Pakistanis, Jews and Black Americans. Homeless Syrians and Hondurans. Women’s and LGBTQ rights have always been works in progress but now become even more tenuous. For that matter, the atheist and secular community could be subject to more scrutiny and derision, particularly if they get too vocal, if the executive and legislative branches cave to much more influence from the religious right.  We need to defend the premise of dignity communicated through standards of common decency known pejoratively as political correctness. We need to resist the temptation to normalize the rogues’ gallery of white supremacists set to run this country. 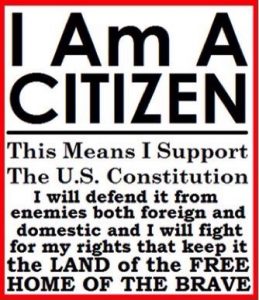 Political activism is not for everyone, conservative or liberal, maybe including many in this group. But in this unknown and unprecedented environment, it looks to be a necessity for assisting in the conservation of the pinnacle of American law: The Bill of Rights. The amount or depth of political involvement should be the only real question here: how much can you do?