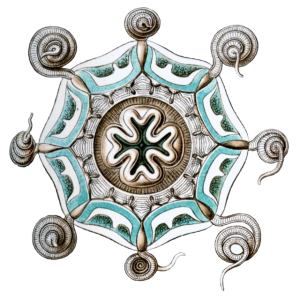 On March 16th, I attended a talk hosted by the Tulane Philosophy Club. Our speaker, Ilya Dubovoy, a medical student at Tulane, attempted to explain some potential problems with the current understanding of Evolutionary Theory, especially in terms of the randomness or tailored-ness of genetic mutation in response to environmental stress or change.

I was left completely nonplussed by the talk. Its essence was a set of claims about evolution, which is to say about biological science, so why was it presented in a forum on philosophy? It is not at all clear why anyone would expect a vague and preliminary idea about evolutionary biochemistry to inform the field of philosophy. And beyond the basics of epistemology – which were not discussed – it is not clear what philosophy could bring to an observational and experimental issue in science. The speaker had to take some criticism, but that would have been far harsher from an audience of biologists, and I could not help but suspect that he was seeking friendlier shores for a concept he knew would be met with intense skepticism by its proper audience.

The kernel of an idea that I was able to extract from the talk is that there is, perhaps, evidence that a tendency for genetic change (mutation) is sometimes directed toward narrow parts of the genome (an organism’s set of genes) in specified response to particular environmental changes or stress. Dubovoy used the unfortunately loaded term “teleology” to describe this tendency, but I think those of us who are involved in creationism-evolution debates have to be careful not to overreact to that. He seemed to mean by “teleology” that environmental changes somehow direct a tendency to mutate toward sections of the genome that are relevant to that environmental change, and not to imply the usual creationist miscomprehension of evolution, in which “teleology” means that evolution accumulates changes over centuries or millennia toward some future form or other biological goal.
To make this idea of directed mutation more than just the earliest stages of a preliminary notion, Dubovoy would have to propose a host of additional details. By what mechanisms do changes in the environment generate molecular (chemical) signals identifying those changes to a cell, organism, or population? How and where are those molecular signals interpreted as referring to or implicating a particular, narrow section of the genome? What physical-chemical processes then bring about mutations in the implicated section of the genome? Most importantly, is he proposing that this mechanism generically increases mutation in the implicated portion of the genome, or that it somehow narrows or pre-selects those mutations to fit the signaled environmental changes (a critical detail about which he was frustratingly vague)?
It was difficult to understand how many of Dubovoy’s points were supposed to relate to his kernel of an idea. He seemed to think there was something dramatically new and threatening to evolutionary theory in the fact that individual organisms sometimes form cooperative groups, that chemical signaling may activate or deactivate the expression of existing genes, that lateral transfer of genes sometimes happens between species, or that mutation is random only in the sense of “unpredictable,” and not in the sense of “evenly distributed.” None of these facts are news to evolutionary biologists, and none of them imply a problem with the existing theory of evolution, at least not insofar as Dubovoy was able to clarify.
Dubovoy explicitly denied being a creationist, and made no directly creationist claims. However, it seems to me that his proposed “teleology” comes far closer to creationism than he himself realizes. Like creationists, he is claiming that micro-evolution, the slow accumulation of small, undirected changes over long periods of time, is insufficient to explain the diversity of life we see around the world today and in the fossil record. And like creationists, he is hopelessly vague about the supposed limits of micro-evolution, refusing to quantify what micro-evolution can and cannot do, or how his proposal of more directed mutation supplies the missing quantity.
Perhaps, in some years, he’ll have thought this out more carefully.
~Jim Dugan