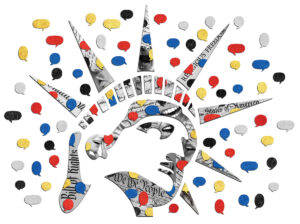 Make no mistake. Social media has indeed distorted our reality. How do you know what you read is real? How can information authentication be trusted in today’s polarizing America? The Information Age has split our society and made us live in multi-dynamic realities. This is dangerous because it is only the beginning of what will become the new norm in a society that has become increasingly immersed in the virtual world.

The distant, far-from-actuality realities we live in have caused a new phenomenon:  it’s an Infodemic. The reason is simple. Americans live in completely different realities behind their mobile screens, and that has effectively programmed our way of thinking and impacted the public consensus about what is real and factual. For example, a person living in rural Alabama tuned to Fox News, following nothing but right-wing leaders on social media, will process thoughts differently than an upper middle class person living in the San Francisco area, the liberal hub of the West. The main problem with the infodemic phenomenon is that it has irreversibly undermined integrity in American leadership and given power to homegrown terrorist groups to vocalize their hatred to the public . The polarizing effect of the infodemic that America is experiencing has effectively sabotaged the public trust from what is real. 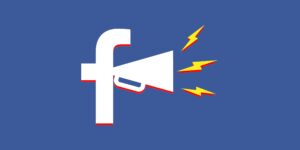 COVID-19 is a perfect example.

Despite having more than 23 million infections with COVID-19 and nearly 370,000 deaths, over four in ten Americans still believe that it was a fabricated scenario by globalists who want to take over the United States. But there’s more; up to nearly 40% of Americans polled at different times over the past year believe  that microchips will be inserted into human bodies so that big-tech companies can spy on our daily life (never mind that they do that anyway every time you log onto a computer). The absurdity of this will get worse if elected officials won’t step up and pass laws that will criminalize conspiratorial movements like Q-anon and other racially-motivated hate groups that have effectively impacted the American public on many levels.

Another impact of the infodemic caused by Q-anon is the victory of Marjorie Taylor-Greene, a far-from-reality congresswoman who used her wealth to get into power and who does nothing but spread disinformation. The question here is, on what basis are we going to take Americans seriously if they elect a woman who campaigned on claiming that congresswoman and colleague Ilhan Omar married her brother and that Hillary Clinton runs a ring of pedophile globalists?

What are the consequences of the American Infodemic?

America has experienced an unprecedented assault on its institutions under Trump’s presidency because of the excessive amount of lies he spread on his now-deleted Twitter account of nearly 89 million followers, which is more than the population of Germany. The power that a single person has, on this powerful social media tool, to make 45% of the country believe that the elections were stolen is a power that no individual can be allowed to have. We have been there, done that….In addition, the invasion that happened on the Capitol was organized through social media and wasn’t monitored—or at least tested positive for for any potential public threats.

This is America’s problem with too much freedom and its obsession with the flawed First Amendment that gives people the unconditional freedom to exercise “power-liberties” and call it my freedom to do so,  and free speech, even at the cost of other people who are affected very negatively by such privilege. Who is to blame if right-wing conspiracy platforms believe that invaders of Capitol Hill were ANTIFA members and not Trump supporters?

Will this be the new norm? Seeing the United States slip into third world authoritarian regimes? Will contesting election results be the new norm from now on in what was once established to be one of the oldest democracies in the world?

Only the very near future will tell if out-of-reality people like Donald J. Trump or Marjorie Taylor-Greene will be the new phase of bigoted populism, where uncontrolled social media will be their venue to distort the public backed by the practice of chaotic freedom through unmitigated disinformation.

This is what happens to America when you have too much freedom and very little democracy.