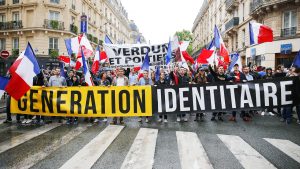 The increasing influence of the Muslim presence in the Western Hemisphere has been reshaping the sociopolitical structure which has reached a tipping point. The problem started back during the eighties when multiculturalism became a consumable identity in many countries across Europe and was heavily promoted with the rise of globalism.

The eighties also ushered in a significant historical period with the collapse of the Iron Curtain, the Berlin Wall and the Soviet Union. By then, the scars of World War II and the Cold War surfaced and gave an alarming sign to many European states that were already experiencing a severe decline in their population. Since 1973, Germany has experienced population decline among its native population which would never have rebounded without immigration. Germany passed the Gast Arbeiter program which gave explicit privilege for Turkish migrant workers to help in rebuilding the country in an attempt to stimulate the German economy. Five decades later, Turkish people accounted to around five percent of the total population. After Turkey gained momentum economically and politically in Europe, it became common to notice Turkish flags flying over the suburbs of Berlin in neighborhoods like Neuköln. Many German Turks are big supporters of Erdogan and cast their votes against anything that might harm their motherland’s interest in relation to the European Union. When the European migrant crisis arose in 2014, some political Islamic movements weaponized the vulnerability of the new refugees to make political pressure for new set of rights to be applied.

The frustration of German nationalists exploded when many federal states announced the plan to build several mosques in towns that were deserted or inhabited by a much older population. Such towns are the primary location for many refugees who are seeking a fresh start in Germany. In response to the increasing influence of Islam socially and politically, eight states out of sixteen imposed a complete ban on headscarves in public offices and schools. Yet, German laws tolerate explicitly the freedom of speech and individual’s right to exercise their faith without any intervention. This tolerance led to an increase in Salafists in Germany from 3800 in 2011 to 10300 in September 2017 according to German Security Services. Additionally, eighty percent of the anti-Semitic attacks were done by Muslim extremist groups according to Bielefeld University despite the fact that such groups are a minority within a minority.

Belgium is another example for groups like “Sharia for Belgium” gaining ground in the capital Brussels where Muslims make up more than quarter of the city’s population. Neighborhoods in cities like Molenbeek established street patrols that would monitor any unethical or immoral activities during the evenings. It is significant to mention that more than 500 Belgian Muslims joined the Islamic State as combatants in 2015 alone. As a reaction to the increasing religiosity among Muslims, the same group “Sharia for Belgium” was disbanded and listed as a terrorist organization in 2016.

The United Kingdom a third example. Neighborhoods like Luton in metropolitan London  are witnessing unprecedented social tension among its white inhabitants and their Muslim neighbors. As a result, the district is experiencing an irreversible demographic shift where non-Muslims are selling their properties by making Luton the first Muslim majority region in England.

Multiculturalism, social cohesion and diversity are three big words that were promoted by the British ruling parties such as The Labor Party. The ruling establishment stated that integration and cohesion make Britain better than would forced assimilation. This resulted in the spread of thousands of the Islamic schools known as “The Madrasas” that teach young Muslims ideas which demonize Western civilization, encourages separatism and, promotes superiority towards non-Muslims. Such ideas were promoted by fundamentalists like Anjem Choudhary who believes that Sharia must rule Britain. Over time, metropolitan regions like Birmingham, Liverpool and London, began witnessing  ever-increasing segregation.

As a counteraction, movements like Britain First and English Defense League emerged to save the United Kingdom from perceived  Islamization. Several years later, millions of Britons called for a withdrawal referendum from the European Union. A movement that succeeded (though not yet consummated) in 2016 justifying the fact that Britain cannot tolerate the intolerance by pacifying or normalizing the increasing domestic terrorist attacks that are taking religious and ethnic appearances. 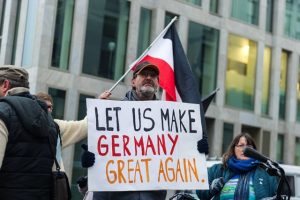 Whether it’s Germany, Belgium or the United Kingdom, Europe is tired of absolving guilt by surrendering its own identity, say the leaders of right-wing parties like The Brexit Party of the U.K and Alternative for Germany. The current practice by politicians of the European establishment that is tirelessly putting all the efforts to make Europe the word’s saving grace, generated far-right movements in Germany, Italy, Sweden, the United Kingdom, Greece and Eastern Europe that will do no better than dismantling the legacy of the Union.

It is mindful for young Germans to learn about the atrocities of Nazism but it would be a complete mistake to make them inherit the guilt of their past by abolishing their own identity and be forced to accept outsiders. Same with the U.K. that must not carry the guilt of the wrongdoings committed during its colonial era by enforcing a very undesirable cultural identity which led to Brexit in 2016. Europe must either accept the fact that vital interventions are needed to save its own identity through the practice of political centrism or the rise of far-right movements will be only the beginning of an irreversible turning point towards modern fascism.