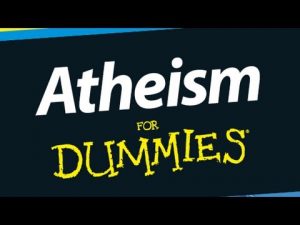 Dale McGowan’s latest book, Atheism for Dummies, is an excellent introduction to a complex topic. While some short introductions to atheism focus almost exclusively on positive atheism (the active assertion that there is no God), Atheism for Dummies describes varieties of unbelief such as agnosticism, religious humanism, and secular humanism. It places unbelief in historical contexts both ancient and modern, dispels many of the popular myths about atheists, and points the interested reader toward additional resources.

The aim of the book is to deliver breadth rather than depth. There are no abstruse arguments about epistemology, philosophy, or theology. Instead, the reader will finish the book with a general understanding of what atheism is and how it came to be. Sections describe atheism through history, major works of the past and present, “being good without God”, and living in a society dominated by religion. Although aimed at the novice, even a studied atheist is likely to learn something useful.

Like other books in the “For Dummies” series, this one aims to bring a broad overview to a diverse audience. Its 350 pages of text might scare away some potential readers, but that page count is just a number. The design of the series emphasizes short paragraphs, inset boxes, and lots of white space to keep things readable. The organization of the book also makes it easy for the reader to choose which sections to read, which to skim, and which to skip.