Beyond Humanism (Or Not)

The following post borrows its title from the magazine article that is its subject. The sub-headings are also similar.

The three inevitabilities of life: taxes, death, and criticism. We know not much good can be said of death, but there are some benefits from paying taxes, and often criticism can be a rich learning experience.  Not the obsessive, masochistic self-criticism of oneself, or the systemic mandatory progress reports or write-ups of the organization, or social shaming and bullying on the internet, but from a refreshing and thoughtful evaluation one can find room to rewire within her own person for the better.

Freethinkers, atheists, humanists have received their share of criticism, often recycled, seldom novel, so we should usually be prepared to respond to it. Examples: Atheism is just another religion. Why are you mad at God? There can be no morals without a supreme lawgiver. How did something come from nothing?

Gotcha. No problem. So how about something new?

Look no further than the May issue of Philosophy Now, a for-the-masses print and online journal of philosophical concepts and their application to the current state of world thought and events. British philosophy instructor Robert Griffiths offers up a few shortcomings of the foundations and ethical framework of humanism (a term more specifically applied as secular humanism in the United States) as he sees it. He breaks down the problems and resultant outcomes  of contemporary humanist  teachings and  activity as he sees it in three major flaws or inconsistencies. The first listed here begins with the problem and follows with its unintended consequence of disinterest.

Humanism is based on classical 18th century concepts says Griffiths: the Enlightenment, post-Middle Ages skepticism, the recognition of the individual and the concept of specific rights and freedoms among other humans, new and revolutionary approaches to philosophy and the potential of the human 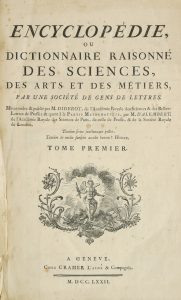 species through reason and scientific exploration. Humanism holds as a foundational precept the folly of religion, expressed possibly best by Baron D’Holbach, David Hume, and others of the enlightened age. The problem as Griffiths sees it is that  a sizable segment of today’s younger generation agrees with the conclusions of this centuries-old thought , but are simply not concerned about it. God or no god, no big deal. They have no problem with the idea of atheism, but have moved on from it, certainly won’t spend time reading about it.  Apatheists the philosopher calls them. Humanist spokespersons on the other hand feel the need to emphasize religion, to emphasize their identity  as atheists and/or anti-religious. Humanists need gods to argue against; millennials and younger have just forgotten them. This is the unintended ineffectiveness: organizational humanism is not expanding at the same rate as the number of non theists and “nones” increases. Griffiths observes that relegating the idea to the mental trashcan and just forgetting it is probably the truest of all atheisms. Adding to this problem is that philosophers of religion—theologians—are able to cook up more sophisticated arguments in revisiting those centuries-old debates. (He does not mention that dozens of theoretical physicists and cosmologists have countered much of these newer religious apologetics with some very convincing arguments of their own.) 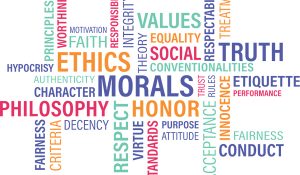 Ethics might be defined as morality in action. Dictionary.com says “morals refer mainly to guiding principles, and ethics refer to specific rules and action, or behaviors.” Humanism claims humans have and live by moral code, one which is derived from the species itself, and not handed down in the doctrines of religion. The author expresses the doubt that there is any moral code that is found universally “moral codes are tricky things”, an argument that other thinkers have made before him. But since atheists feel the need to “explain what they should do with their lives, they are at least a little didactic.” This hedging conclusion—that humanists are willing teachers and learners—may be the sole positive statement for humanism found within the essay.

There are three major groups within the study of ethics: deontology which concerns rules, duties, and obligations; consequentialism—weighing the consequences of an action as opposed to having a predetermined rule (“thou shalt not bear false witness”…but even it prevents harm to an innocent person? And its subset utilitarianism which has to do with maximizing happiness or well-being—the greatest good for the greatest number; and virtue ethics which stresses developing a life of good moral character: patience, kindness, compassion, and leading by example. Griffiths uses the obvious utilitarian approach Stephen Pinker writes about in his book Enlightenment Now  contrasted  with humanist Richard Norman’s discomfort with both deontological and utilitarian ethics, leaning toward virtue ethics in his 2012 book On Humanism, and A. C. Grayling’s “fairly relaxed” attitude about the ethical guidance of humanism in The God Argument (2014) as proof that there is no agreement among humanists themselves about what an ethical code would look like other than some overly-generalized platitudes.

At a time when there is a widening appreciation of the ultimate importance of the biosphere and life of all varieties and on the planet itself, humanism’s overriding  focus is on human beings. Science has shown us that the moral gap between humans and non-humans is not as great as it was once assumed. Humans must recognize the harm they have done over the millenia to other sentient beings, and “humanist humans are exhorted to develop an outlook which leads to appropriate moral behavior towards non-humanity…..which rules out the relaxed liberal attitude to moral outlooks adopted by Norman and Grayling…and humanists of deontological bent who take the view that humans are the primary bearers of moral value.” Humanism needs to look and act the part of “sentientism, according to which all sentient beings have inherent moral value.” Griffiths doesn’t think that humanist ethics can accommodate the idea in Tom Regan’s The Case for Animal Rights that non-humans have “inherent value and associated rights independently of how this might affect the interests of humans (italics mine). Griffiths thinks that “some” humanists are not interested in the moral status of non-human sentient beings or putting more emphasis on responsible stewardship of protecting the environment. 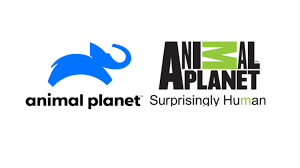 You, like me, may find some truth in some of his points, but in others, not so much. The problem of attracting younger members to humanism is real, but I don’t think a foundation in 18th century philosophy is what turns them away. And not having a unified “humanist ethic” is an unrealistic demand. A mix of all ethical approaches seems to be about as universal as it gets unless one is speaking of fundamentalist religions. More emphasis on our fellow sentient earth dwellers? Sure, we need to work on that, as well as our environmental concerns. But I do believe that  the need for action on these issues cannot help but soon be at the top of our concerns.

None of these problems, other than possibly a southbound growth curve, are fatal flaws for secular humanism. The only inevitability facing humanism is criticism itself.

Read the complete article here. It could be a good discussion topic for a monthly meeting or just an informal get-together, and expanded to include other works along these lines.