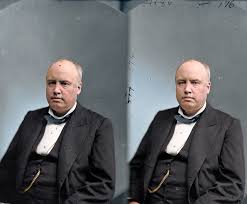 The good part of Christmas is not always Christian — it is generally Pagan; that is to say, human, natural.

Christianity did not come with tidings of great joy, but with a message of eternal grief. It came with the threat of everlasting torture on its lips. It meant war on earth and perdition hereafter.

It taught some good things — the beauty of love and kindness in man. But as a torch-bearer, as a bringer of joy, it has been a failure. It has given infinite consequences to the acts of finite beings, crushing the soul with a responsibility too great for mortals to bear. It has filled the future with fear and flame, and made God the keeper of an eternal penitentiary, destined to be the home of nearly all the sons of men. Not satisfied with that, it has deprived God of the pardoning power.

And yet it may have done some good by borrowing from the Pagan world the old festival called Christmas.

Long before Christ was born the Sun-God triumphed over the powers of Darkness. About the time that we call Christmas the days begin perceptibly to lengthen. Our barbarian ancestors were worshipers of the sun, and they celebrated his victory over the hosts of night. Such a festival was natural and beautiful. The most natural of all religions is the worship of the sun. Christianity adopted this festival. It borrowed from the Pagans the best it has.

I believe in Christmas and in every day that has been set apart for joy. We in America have too much work and not enough play. We are too much like the English.

I think it was Heinrich Heine who said that he thought a blaspheming Frenchman was a more pleasing object to God than a praying Englishman. We take our joys too sadly. I am in favor of all the good free days — the more the better.

If I had the power to produce exactly what I want for next Christmas, I would have all the kings and emperors resign and allow the people to govern themselves.

I would have all the professors in colleges, all the teachers in schools of every kind, including those in Sunday schools, agree that they would teach only what they know, that they would not palm off guesses as demonstrated truths.

I would like to see all the editors of papers and magazines agree to print the truth and nothing but the truth, to avoid all slander and misrepresentation, and to let the private affairs of the people alone.

I would like to see drunkenness and prohibition both abolished.

I would like to see corporal punishment done away with in every home, in every school, in every asylum, reformatory, and prison. Cruelty hardens and degrades, kindness reforms and ennobles.

I would like to see the millionaires unite and form a trust for the public good.

I would like to see a fair division of profits between capital and labor, so that the toiler could save enough to mingle a little June with the December of his life.

I would like to see an international court established in which to settle disputes between nations, so that armies could be disbanded and the great navies allowed to rust and rot in perfect peace.

I would like to see the whole world free—free from injustice—free from superstition.

This will do for next Christmas. The following Christmas, I may want more.