A Marriage By Any Other Name Would Smell As Sweet 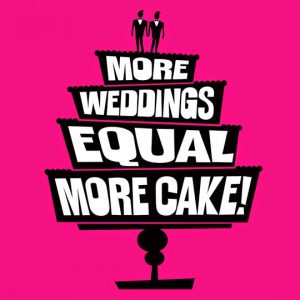 The U.S. Supreme Court’s decision on October 6th (2014) not to consider a number of cases against same-sex marriage is not much of a surprise. Nor is it much of a surprise that a number of conservative speakers and writers have used that decision as an opportunity to rehash the same trite and easily debunked arguments they’ve gotten nowhere with for years. Once again, they claim same-sex marriage is a “profound” redefinition of an institution that has stood unchanged across time and cultures, that it means people marrying dogs, or the resurrection of plural marriage. What soft-headed nonsense!

The United States has already redefined marriage in a radical and revolutionary way.  That redefinition was not motivated by any consideration for same-sex marriage, but by the improving equality of women to men. Two and three centuries ago, a woman became her husband’s property by marrying him. In more progressive jurisdictions, she became a dependent minor under her husband’s authority. Paralleling the changes in our social values that slowly made women more equal to men, marriage law was updated by many small steps. While there still may be some small imperfections in various marriage laws around the country, spouses today are largely equal partners in their marriage, at least so far as the law is concerned. This really has been a sweeping change, both socially and legally, requiring rewrites to marriage law and the accumulation of many court decisions.
By comparison, the changes in law and practice needed at this point to implement same-sex marriage are trivial. Most laws and most legal documents already use gender-neutral terms like “spouse” rather than gender-specific terms like “husband,” “wife,”  “he”, or “she”.  At least in theory, men and women have exactly the same responsibilities and rights within their marriages.  In any legal sense, then, a marriage between a man and a man or between a woman and a woman works out to be exactly the same contract of rights and responsibilities as a marriage between a man and a woman.
Given the long history of redefinition of marriage, and the triviality of its expansion to include same-sex couples, it is simply counterfactual to claim that same-sex marriage is some radical departure from tradition. It is to claim that the last redefinition of marriage just prior to same-sex marriage should somehow be privileged, even though it is just one of many in a long string of changes.
Would same-sex marriage “open the door” to plural marriage?  Obviously not. While plural marriage is a separate issue that might yet have its day in court or in the legislatures, same-sex marriage does nothing to make plural marriage any more or less likely. It is ridiculous to claim that allowing any change must open the floodgates to more, because we’ve already changed marriage many times over.
If anything, same-sex marriage makes plural marriage less likely. Same-sex marriage is the logical endpoint of a long process of gender leveling, while the old ideas of plural marriage were heavily based in gender inequality. Plural marriage in the American past consisted of a man with multiple wives. But the wives were not spouses to each other; their relationship was that of sisters. The legalities were workable because the man had all the power, and the wives didn’t. Under current marriage law, with a basic assumption of gender equality, plural marriage would require that all parties be spouses to each other. Unlike same-sex marriage, this would require a lot of legal rewriting. Just imagine sorting out social security benefits, health and life insurance benefits among multiple spouses, each with a mix of children and assets from previous marriages and from within the current marriage. Or imagine a conflict between spouses over whether or not to remove life support from their comatose third spouse. All of this could be worked out as a matter of law, but it would require a significant amount of legislation to bring about.
Religious and social conservatives don’t see the inevitable logic of their position against same-sex marriage. Obsessed with sex and sexuality, and especially neurotic about homosexuality, they focus on sex and procreation, forgetting that neither of these is actually required to make a marriage legal. The basic problem with their worldview is that they cling to an archaic view of gender. By claiming that marriage ought to be reserved for opposite-sex couples they are insisting that there must be a difference between the roles of men and the roles of women within marriage. The idea that each couple, regardless of the genders involved, might define their own marriage roles for themselves is more individual choice, more individual freedom, than they can accept.
~Jim Dugan, NOSHA Vice-President of the Board