Enough to Go Around 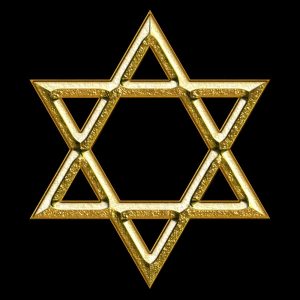 It can be natural  for an non-theist to experience fleeting hints, or even weightier thoughts relating to some personal responsibility or even guilt after events of murderous brutality at places of religious worship such as the latest at the Tree of Life Synagogue in Pittsburgh, Pennsylvania. After all, we are organized around the idea that religions are regressive superstitions and have proved to be not very good fulfilling the role as a fundamental principle for directing the activity of improving the lot of the human race. I know this guilt trip from my own experience, and that self-realization probably sparked the idea for this commentary. But even the slightest pang of a guilty conscience on this account is, of course, irrational. Most non-theists, agnostics, and—certainly— secular humanists embrace a moral code favoring flourishing life, wisdom, and freedom for all humans, including those who still place faith in ancient doctrines or new-agey cults and fads. It’s the idea we take issue with, not the people who believe it. For, by our own teleology handed down from The Enlightenment, we believe education, reason and straight thinking will eventually lead to the atrophy and eventual demise of faith in ancient scriptures and their tales of the supernatural.

But just as we can deny any guilt in tragedies like this (or the one in the Emanuel A.M.E. Church in Charleston, S. C., or the slaughterhouse that was the tiny Baptist church in Sutherland Springs, Texas) as they relate our position on religion, the perpetrators of these atrocities cannot claim their depraved actions were motivated by religious, religio-ethnic, or racial “principles.” This is not to say that racism, anti-Semitism, and tribal hatred does not exist, and, of course, they can and will use these as reasons driving them beyond the realm of sanity to carry out these sociopathic terrors; but there are aberrant psychological impulses that lie even deeper. Just as it is said that “rape is not about sex, but about power” (and, as outlined in The American Journal of Psychiatry, about anger), this type of violence and murder is more about power and anger (and I would add fear) than about any particular religion, race, or ethnicity. As one television commentator put it today, the FBI and other agencies that track such activity have shown that even though these crimes been on the rise in the last couple of years, it is unlikely that there are now significantly more racists, anti-Semites, anti-Catholics or Baptist bashers out there than two years ago.

Is this documented increase in religious and racial violence a cyclical uptick, or is it a trend that could continue and possibly even rise in frequency? Is the divisive rhetoric of the President partially (or totally) to blame? The rise can be traced back to about the time he was inaugurated—is this just a non-causal correlation? Right wing movements have been growing worldwide in the past 20 years, and the demagoguery that finds the right combination of ethnic groups, races and religions as objects of dehumanization and demonization is sweet music to the once proud European majorities who fear their power and influence slipping away to invaders coming by foot caravans from the south and Muslims in rowboat flotillas from Syria, aided and abetted by a news media controlled by Jews. The President’s claim of being a nationalist, and more frequent references during the fortnight leading up to the midterm elections to the refugee problem by most recently sending troops to the southern border, and now promising to sign an executive order cancelling the Fourteenth Amendment seems to be playing to the vilest nativist instincts of his voting base—to which he is dependent upon to maintain his power of controlling both houses of the legislature.

This is the national political environment we find ourselves in, and most of us have heard it for the umpteenth time by now. And we may have heard that the President is only a symptom of these deep-rooted angers and fears; that about one-third of the national voting population harbors these anti-social and uncivic psychological disorders to some degree, and have formed a mutual admiration society with a megalomaniacal narcissist. The power mongers from the evangelical Protestant fringe of religion have essentially cast off the teachings of their faith, given in to idolatry, and joined in the club: the power that comes with the association was just too much to resist. And this fact just may be nexus upon which the entire blame game of this senseless religious and ethnic violence turns; but that is a connection that will have to made elsewhere.

In the meantime, for we atheists, skeptics, and humanists, we need not shoulder the blame of anti-Semitic/-Christian/-Muslim acts of violence simply by the fact of our non-religion. If one is prone to mental self-flagellation or other masochistic tendencies, blame and guilty consciences are available—well-earned, in fact—to those who do not speak out against these inhuman hatreds at every opportunity that presents itself. Never pass on an opportunity to educate, educate, educate.

That includes speaking with one’s vote. 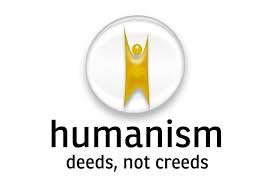