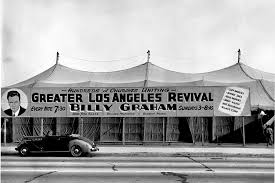 Is American Humanism a Failed Project?

Probably no better quote can be found about fundamentalist religion’s theological stance towards intellectualism, the need for reason, the progressive nature of human knowledge, the inevitable rise of specialization and expertise in a complex world, and the institutions that promote and sustain them, and the folly of superstition and dogma, than this from Bill Donahue writing for the radically theocratic Catholic League: “Susan Jacoby…. is not ready for the asylum, but she is ready to find a home […]

END_OF_DOCUMENT_TOKEN_TO_BE_REPLACED

Women In Secularism – Reports from the Conference

“Given the role religion has played in the repression of women, they would seem to be natural allies, and, indeed, many feminists have been outspoken and influential secularists. However, the relationship between secularism and women’s issues remains largely unexamined. UNTIL NOW.” This was the intriguing (and totally overdue) challenge that piqued my interest earlier this year. Discussing openly how dogmatic religion conspires to prevent the progress of women’s rights in our country, well, more women should be willing to confront […]