Can Secularism Break the Spell of Religion in Politics? 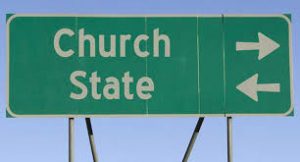 It is widely accepted among historians that the foundational doctrine of laws of the United States government is secular and not religious. This might seem perplexing to someone who follows contemporary American politics. In fact, religion has been the major driving force in America’s modern history, especially in right-wing politics. Is it a conflicting identity that America has been known for? Or is it just the result of the sacred freedom of speech that is guaranteed by the First Amendment?

There is no answer that clearly details the extent religion influence in the American public life. The rise of modern conservatism in the United States experienced its first victorious resurrection in the first time in Orange County, California with the Ronald Reagan. It was at the time that Soviet Union reached its political and territorial peak across the Eastern Hemisphere. America had by then witnessed the nationalization of every component of every member state of the Soviet Union. The influence of what a government could do in controlling every single aspect of the state from individual liberty to nationwide governance caused an earth-shattering fear in the United States. The fear appeared to most affect the social conservatives, who are pro-federalism and favor the influence of the church in indoctrinating their day-to-day life.

It far exceeded the “In God We Trust” motto on the dollar bill. In fact, Evangelicals became the major driving force in American politics especially after George W. Bush defeated Al Gore in the Presidential elections in 2000 and the 9/11/2001 terrorist attacks by Muslim fundamentalists. Evangelical leadership makes sure that political consciousness among their adherents is a commandment from God. Georgie W. Bush and Donald Trump had extensive meetings with prominent Evangelical leaders in the White House like Robert Jeffress, the Pastor of  First Baptist Church in Dallas. Jeffress proclaimed that Evangelicals will defend president Trump, regardless of the political turmoil, by saying that “We are all sinners,” and, until proven, all those stories of Trump’s legal and sexual indiscretions are merely “allegations.”

Isn’t this a direct influence in politics from religious leadership that is intertwining ideology into politics?

This radicalization of American politics under the ideological influence of religion has led to chronic polarization of an already broken political system. The futile resistance of liberalization is causing increasing violence in the United States, much of it from evangelical ideologues. Anti-abortion terrorist attacks have increased exponentially in recent years and it has been advocated by Christian terrorist groups like “Army of God”. This is the directed resistance of a changing country. The change that is associated with fearmongering with propaganda media outlets like Fox News.

There should be a clear distinction on how the First Amendment should be practiced. There should be an explicit definition on the implications of practicing individual freedoms. But those issues can only be decided one case at a time. How much does that impact politics—and the constitution that is supposed to be secular and free from religious influence?

The conservatives aligning with the Republican Party are now assigning federal judges in droves to resist the cultural and demographic changes happening in the United States. To be clear, this practice will lead to bankrupted approach. Evangelicals, for example, are in their third year of decline in percentage and in absolute numbers, so their presence as a major political power is coming to an end sooner than expected. The current practice of politics that is intertwining with ideology will transform America into an apartheid nation. As the country is heading to be a majority-minority nation,  there is an attempt to lead a soon-to-be minority to continue its hold on the most powerful positions in politics.

How will it all end? Extreme practice in politics is crippling the conservative movement in the country. With more people practicing their political consciousness based on identity politics, a way to live in a society that is open to all seems uncertain and out of reach. At least for now.