A Modest Proposal for a Guide to the Culture Wars 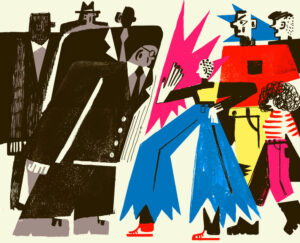 Are the culture wars getting too weird? Too confusing? Are you not sure where you stand on Doctor Seuss or Potato Head gender? Do you have mixed feelings about cancel culture, or the future direction of identity politics? Don’t just trust to your gut, a la Donald Trump. I would like to propose a reliable guide to the culture wars.

I believe your attitude toward each culture war issue will be determined by your position on a single question: the total depravity of human nature. This is a theological concept of course, and a bedrock principle of Christianity, both the orthodox Roman Catholicism  variety and the Calvinist Protestant derivation. Although we are not as theologically literate as we used to be, I think it is a good idea to review this concept, because it still exerts a profound influence in the very secular United States of America, whether we are conscious of it or not.

I am sure we all remember the Garden of Eden story and the Original Sin of Adam and Eve, whether we are believers or not. We tend to think of that story today as being quaint and a bit silly. It is anything but. It is the basis of the concept of the total depravity (hereafter abbreviated “TD”) of human nature, and the foundation of everything that is harsh, vindictive, and punitive in Christianity.

The TD of human nature means not just that human beings are prone to sin and error. It means that they are incapable of anything BUT sin and error. It means that, left to our own devices, we will always do the wrong thing, think the wrong thoughts, and make the wrong decisions. We are utterly incapable of doing anything good on our own. Only with divine intervention (salvation or redemption) can we walk on the right path, which is not normal and does not come naturally to us.

So how do we get saved or redeemed? That question is the origin of endless other culture wars, but let us leave the mechanics of salvation for now and go on to the more important question: WHO will be redeemed? Everyone? Or only special people? Almost all Christians would answer the latter. The implications of this are profound.

Modern representative democracy will inevitably be ruled by the sinners, since they will most likely constitute the majority. To the saints, this state of affairs is agony. The totally depraved must be restrained until they can be redeemed, not empowered. Of course, the saints should rule. If you are a TD adherent you are going to want a theocratic police state, not a secular representative democracy. And if you are a Christian soldier you are going to fight for that kind of society, issue by issue, culture battle by culture battle. And if you do not rule, you know you will be oppressed and humiliated by the totally depraved unredeemed sinners. 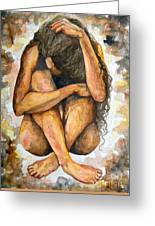 But what if you are not aTD adherent? I think there are several possibilities. There are those who think that human beings are inherently good, in spite of massive evidence to the contrary. There are those who believe that, while not perfect, humans have the gift of reason, and therefore capable of continual improvement. And there are those who believe that human beings are neither good nor evil, but are capable of both, as well as a good deal of action which has nothing to do with good or evil. (I wake up, take my medications and make my coffee. What is the moral content of those actions)?

There are those who believe that human beings are basically economic creatures pursuing profit in the marketplace, and moral and ethical concerns will be sorted out in the course of those pursuits.

If you are not a TD adherent, your position on particular culture war issues is not predetermined, but it is likely to be very different from the positions of those who do believe in the total depravity of human nature.

So bearing in mind the position of the TD adherents, we can reliably see what we disagree with, even if it is not always clear where we stand ourselves. And since the culture wars are consistently initiated and fought byTD adherents, I think this is a reliable guide as we wander in the endless wilderness of the American culture wars. 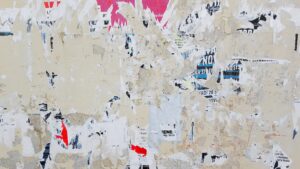