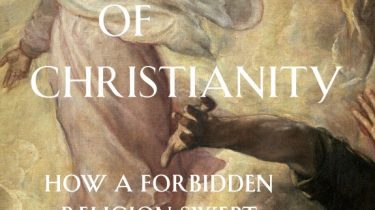 Readers interested in the early history of Christianity will enjoy historian Bart Ehrman’s latest book and bestseller, The Triumph of Christianity: How a Forbidden Religion Swept the World. The book focuses mainly on what happened, and why things happened the way the did, during the 4th century. In 301 CE, Christians were a small but visible minority within the Roman Empire, subject to persecution by decree of emperor Diocletian. By 399 Christianity was the official religion of the empire, and […]

END_OF_DOCUMENT_TOKEN_TO_BE_REPLACED 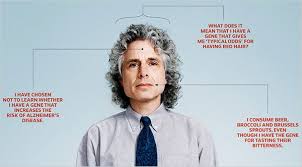 Editor’s note: The following is a continuing and expanded review of Steven Pinker’s newly released book referenced in the previous post. In what must be the most robust recent defense of the 18th Century social, political, and intellectual movement known as The Enlightenment, Steven Pinker stays true to the movement’s foundations by methodically presenting its case in his latest book Enlightenment Now: The Case for Reason, Science, Humanism, and Progress (Viking, 2018), affirming his  belief in the certainty of increasing […]

END_OF_DOCUMENT_TOKEN_TO_BE_REPLACED 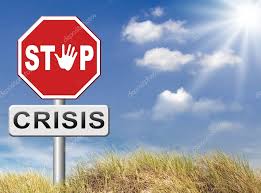 The trend in mass shootings  has been to find the body of the perpetrator among or nearby the dead and dying, prone on  the killing floor with his victims— either from his own hand or “neutralized” by the rescuers. (I use the masculine pronoun since these atrocities are always carried out by men.) We are then left with the multiple crises of grieving, the unending questions of causes and answers, and attempts to ferret out some sense of closure […]

END_OF_DOCUMENT_TOKEN_TO_BE_REPLACED 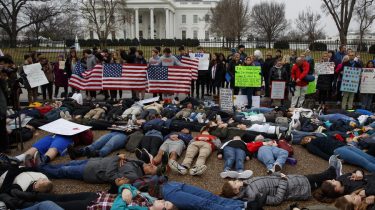 Lie-In, February 19 There’s something happening here, What it is ain’t exactly clear.  There’s a man with a gun over there, Telling me I got to beware. I think it’s time we stop, children, what’s that sound Everybody look what’s going down.   Stephen Stills, 1966.  One of the most significant and unlikely political movements involving constitutional policy in  United States history may have started Valentine’s Day, 2018. That day a mentally unbalanced teenager caught an Uber ride to his former […]

END_OF_DOCUMENT_TOKEN_TO_BE_REPLACED 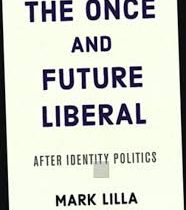 Looking at Identity from the Center

A Liberal Opinion from Mark Lilla  “…the most profound and potentially most radical politics come directly out of our own identity, as opposed to working to end somebody else’ oppression.” —from the Combahee River Collective Statement, 1977 “anything achieved through movement politics can be undone through institutional politics.”—Mark Lilla, The Once and Future Liberal   Once upon a time in recent history, someone altered the quotation  “All politics is local,” reportedly said by former Speaker of the U. S. House of […]

END_OF_DOCUMENT_TOKEN_TO_BE_REPLACED 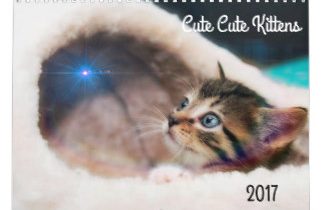 We Got to Admit It’s Getting Better…All the Time

Even though that wall calendar with photos of wide-angle landscapes or cuddly kittens is now out with the trash, I’ll bet some of you are still writing 2017 in your checkbook (if you still use checkbooks), or just find it hard to break the habit of the year just passed in some other insignificant way; so I’ll use that as a justification to look back one more time at that curious time that was 2017— through the lens of NOSHA […]

END_OF_DOCUMENT_TOKEN_TO_BE_REPLACED 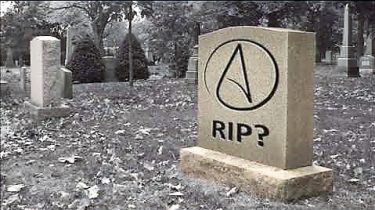 Defining Our Terms—and Ourselves

An event  that would not have been expected is one of several current definitions of irony. NOSHA’s November program—in a group discussion format— “Atheist Infighting: Is the Movement Falling Apart or Just Growing Up?” fit the definition perfectly when the monthly meeting at the Jefferson Parish East Bank Regional Library had to be moved because it was election day and the library also serves as a polling place. The First Unitarian Universalist Church on Claiborne Avenue became the most practical […]

END_OF_DOCUMENT_TOKEN_TO_BE_REPLACED 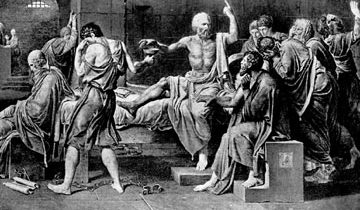 Right-to-Life Laws Punish as Hell Could Only Dream

The Final Exit Network “is the only organization that educates individuals that are suffering, either with terminal illness long term untreatable pain, and provides a compassionate presence at their bedside,” said Julia Hanway, who had come to New Orleans to make a presentation at NOSHA’s October meeting. Most would agree with little argument that is a noble calling. Part of the “education” she refers to, however, is counseling the individual on humane ways to end suffering by terminating the patient’s […]

END_OF_DOCUMENT_TOKEN_TO_BE_REPLACED

Renaissance Man? Lessons from a Lost Classic on Secularism

In the current (Sept/Oct 2017) edition of The Humanist, former president of the American Humanist Association Lyle L. Simpson marks the centennial anniversary of the modern humanist movement with a brief summary of its improbable beginning in a Minneapolis Unitarian Church, while also mentioning its ancient origins with Greek and Roman literati Epicurus and Lucretius. Epicurus’ teaching, “centered on each of us maximizing our life here on Earth instead of our life being regulated by the gods”  was “spelled out […]

END_OF_DOCUMENT_TOKEN_TO_BE_REPLACED 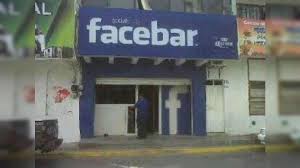 Where Everybody Knows Your Name: A Case of Mistaken Identity

Someone once told me that opening up your Facebook app was like going to the neighborhood bar. The lyrics: “Sometimes you want to go Where everybody knows your name, and they’re always glad you came. You wanna be where you can see, our troubles are all the same You wanna be where everybody knows Your name.” soon came to mind and continue—complete with the sappy melody from the Cheers sitcom theme of the ’80s—to initiate a daylong ear worm every time […]